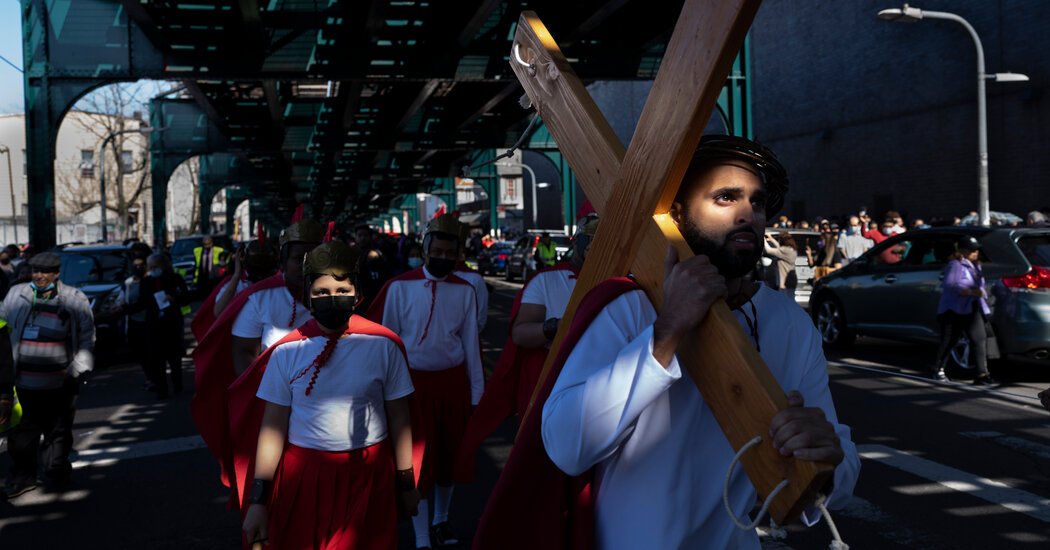 A Look Inside New York’s Swirling Kaleidoscope of Faiths

New York City is a place of maximum diversity in minimum space, to borrow a phrase from the writer Milan Kundera. Its spiritual communities are no exception. Last year, the Public Religion Research Institute underscored this in a first-of-its-kind study that measured the religious diversity of every county in the United States.

Three of the city’s boroughs — Manhattan, Brooklyn and Queens — were among the 10 most diverse counties in the country, according to the survey. The other two, Staten Island and the Bronx, were not far behind.

There is a dizzying array of global faiths across the five boroughs, from Black Baptist churches and Buddhist temples to Islamic high schools and L.G.B.T.Q.-friendly synagogues.

But the city is not just a home for many different world religions; it is also a place that empowers New Yorkers to express their faith — and share its treasures and ideals — in a multitude of ways.

“We have different cultures in New York, so we get anything we need,” said Frank Bell, a priest of Santería. His is an Afro-Cuban faith whose rituals require ceramics and other items found here affordably in abundance, from Yemeni bodegas in the Bronx to Ikea in Brooklyn.

“You can get herbs from the Arabs, fabric from the Indians or the Chinese,” he said. “This place, New York, is the best place in the world for our religion.”

In Queens, a Catholic church provides succor that extends beyond faith

Corona is home to a large working-class Latino immigrant community, and their commitment to Our Lady of Sorrows keeps its pews packed on Sundays.

Our Lady of Sorrows is woven into many aspects of neighborhood life, including some of its most troubled. The pastor said religion is “perhaps the most important” part of his work in Corona, “but it is not the only one.”

Corona was part of the epicenter of the coronavirus pandemic in New York. Covid-19 killed at least 100 parishioners at Our Lady of Sorrows and drove away thousands more who never came back when restrictions on in-person events were lifted.

Few places on Earth are home to as much cultural diversity as Queens. Forty-seven percent of its residents were born overseas, according to the U.S. Census Bureau, and more than 300 languages are spoken within its borders.

The range of faiths practiced here is similarly vast. There are Buddhist and Jain temples, Sikh soup kitchens, Orthodox grade schools that teach in Greek, and communities that follow Bon, an ancient Indigenous Tibetan faith.

But for many, religious communities are more than a spiritual respite from city life. At Our Lady of Sorrows, Father Rodriguez spends more than half his time each week on what he calls “spiritual counseling,” which covers all manner of crisis and conflict.

“Priests are the psychologists for the immigrants,” he said. “Every issue that takes place in a family comes to our attention. Sex abuse. Domestic violence. ‘My husband tried to kill me.’ Overdose.”

The pastor said he has often helped parishioners file police reports. The church also has a close relationship with Elmhurst Hospital. Since he came to Our Lady of Sorrows two years ago, he has brought several people to its emergency room for drug overdoses or psychiatric care, he said.

“Because of the language barrier, it is difficult for people to understand what to do,” he explained. “So they come here first.”

In Brooklyn, a Black Baptist church takes on a gentrifying borough

Mr. Waterman has also taken to preaching in a tent behind the church. At first it was a temporary place to worship while Antioch was being renovated. But after the work had been completed and the church had reopened, the tent became a warm-weather fixture that he refers to as “the Moses experience — being in the wilderness.”

“In order for you to be effective in the community, you have to go out into the community,” said Mr. Waterman, also known as Pastor Rob. “When you open up wide, it lets people experience God wherever they are.”

People in Brooklyn experience God in a wide variety of ways, from Vodou practitioners in East New York and modern-day witches who make offerings in cemeteries, to Catholic parishes that offer Mass in numerous languages, including Spanish, Italian, Polish and Chinese.

Antioch Baptist views itself as a shelter against a world that is not designed to make life easy for its congregants, many of whom are working or middle class and are dealing with the impacts of gentrification, racism and poverty. That is never far from the pastor’s mind when he takes the pulpit.

“You can’t depend upon the system,” he said during a tent sermon on a hot July day. “Their job is to lock us up and throw away the key, and it’s OK that we come out 20 years later and then we can’t find a job.”

That day, Pastor Rob was preaching before 200 smartly dressed worshipers. More sat on stoops across the street or in double-parked cars to listen to the sermon and the hymns sung by Sheila Carpenter, the minister of music, and her three children.

But he does more than preach about these issues. The church also hosts a job training program for young people, who can learn skills in technology, customer service and construction.

“Some of these young people were at Rikers,” said Ms. Carpenter, who also serves as the training program’s financial officer, referring to the jail. “Now they are giving back to the community, helping the community to prosper.”

In Staten Island, an Islamic cultural center gains in strength, outreach and numbers

In the early days of the mosque, the worshipers were mainly Albanians, but today roughly half are Arabs, Turks, Uzbeks and others, said Imam Tahir Kukaj, the mosque’s leader.

Staten Island is the least diverse, least populous and most politically conservative borough in New York City. Still, it is far more diverse than most places in the United States.

Most residents are white Catholics. But the borough is home to a thriving community of Muslims and Buddhists, among others.

Unlike many mosques in the United States, the cultural center, in Tompkinsville, has a minaret, a tower that historically would be used to broadcast the call to prayer but that often draws the ire of community and zoning groups.

Mr. Kukaj said its traditional purpose is not really needed in New York because so many here have phone apps that remind them to pray. But his mosque made sure to build a minaret “for the cultural meaning,” he said, to remind immigrants of their birth countries and to make a statement: This neighborhood is your home.

“We live in tough times,” he said. “Anti-Muslim and anti-Jewish sentiment is still here.”

For Idris Guven, a New York City police captain who moved to New York from Turkey, the mosque has been a safe place for his children to study. That day, Mr. Guven’s daughter was awarded a merit scholarship by a local university that would cover 90 percent of her nursing school tuition.

“We live in the U.S.A., and we love what it offers, but we want them to know their culture and their identity,” he said in June at his daughter’s graduation ceremony, just after the imam had led the audience in the Pledge of Allegiance.

But Mr. Guven still worried about mass shootings and Islamophobia, he said. Sitting in the school’s brightly lit basement, he was glad to have his N.Y.P.D. service weapon tucked into his waistband.

Lamiaa Rafaey, the headmistress of Miraj, knows the world her students will graduate into, she said. For her, a core part of the school’s mission is to remind children that no matter what anyone says — on the street or on cable news — they are just as American as anyone else.

“We always tell our students, ‘If you are Muslim, Christian, Jewish or have no religion, we are all Americans’,” she said. “We are all New Yorkers. We are all people.”

In Manhattan, there is a synagogue for everyone, especially the L.G.B.T.Q. community

Manhattan is home to towering cathedrals and ornate synagogues, and it serves as the seat of power for mighty institutions, including the Roman Catholic Archdiocese of New York.

But since it was founded in 1625 as the Dutch colony of New Amsterdam, religious tolerance has been a bedrock of Manhattan’s vibrancy.

The borough today is home to many groups that expand the boundaries of their faiths by exploring new ways of doing things.

This can be seen at Catholic parishes, like the Church of St. Francis Xavier in Chelsea, which organizes book clubs and discussion groups for L.G.B.T.Q. parishioners, or Hadar, a self-described traditional Jewish yeshiva on the Upper West Side that is open to Jews of all denominations, genders and sexual orientations.

Congregation Beit Simchat Torah began as a small volunteer-run effort. Dues were $50 a year, and it didn’t hire a full-time rabbi for 19 years. But this grass roots ethos was impossible to sustain during the AIDS crisis.

Hired in 1992, Rabbi Kleinbaum was the synagogue’s first paid staff member. In her first month on the job, she conducted four funerals for young men who died of AIDS. “At 33, I was burying my own generation of gay men,” she said.

She had been on the job for five years when treatments for H.I.V. started to become more effective. By then, 40 percent of the congregation had died of the disease.

At first, Rabbi Kleinbaum’s goal was to provide a safe harbor for people. Over the years, that mission has stayed the same, but its meaning and scope have evolved as the synagogue and the society around it have changed.

About a decade ago, the synagogue introduced a religious education program for children and teenagers. “The founders of C.B.S.T. couldn’t imagine gay families having kids,” she said.

The synagogue has also expanded into immigrant rights work. Most of the immigrants who benefit from its services are not Jewish, but some remain part of the synagogue community long after their cases have been settled.

“This is a value of ours, to take positions on issues we care about in the world,” Rabbi Kleinbaum said. “We are very liberal,” she continued, touting her synagogue’s politics and inclusivity. “We welcome straight people here.”

In the Bronx, a Hindu temple focuses on ‘food justice work’

The Bronx is the city’s poorest borough. It is home to a large Catholic population, with 38 percent of its residents identifying as such in 2014, including 28 percent who are Latino.

Although the oldest and grandest Hindu temples are in Queens, Hindu New Yorkers in the other four boroughs often frequent small, intimate houses of worship like Vishnu Mandir, in Soundview.

It is a point of pride for the community that since it opened in the ’90s, the temple has never shut its doors, even during the height of the pandemic, Ms. Kemraj said.

Pandit Vyaas took his father’s place as the temple’s pandit, or Hindu priest, after he died. Every Sunday he drives in from his home on Long Island to lead roughly 75 devotees in a two-hour service of chants and prayers.

It is part of what Ms. Kemraj calls the temple’s “food justice work,” which includes food giveaways and events aimed at people outside the temple, too. She believes Vishnu Mandir to be the first Hindu temple, perhaps in the world, she said, to book a Muslim drag queen to perform during Pride Month.

“We don’t just serve the needs of the Hindu community or the South Asian community, but others in the Caribbean community, especially Guyana,” she said.

On a recent windy Sunday, Mr. Sukul shared a teaching from the deity Hanuman, on the importance of appreciating God during the good times and the bad.

Afterward, the worshipers blessed themselves, put on their layers of heavy coats and headed out into the cold. 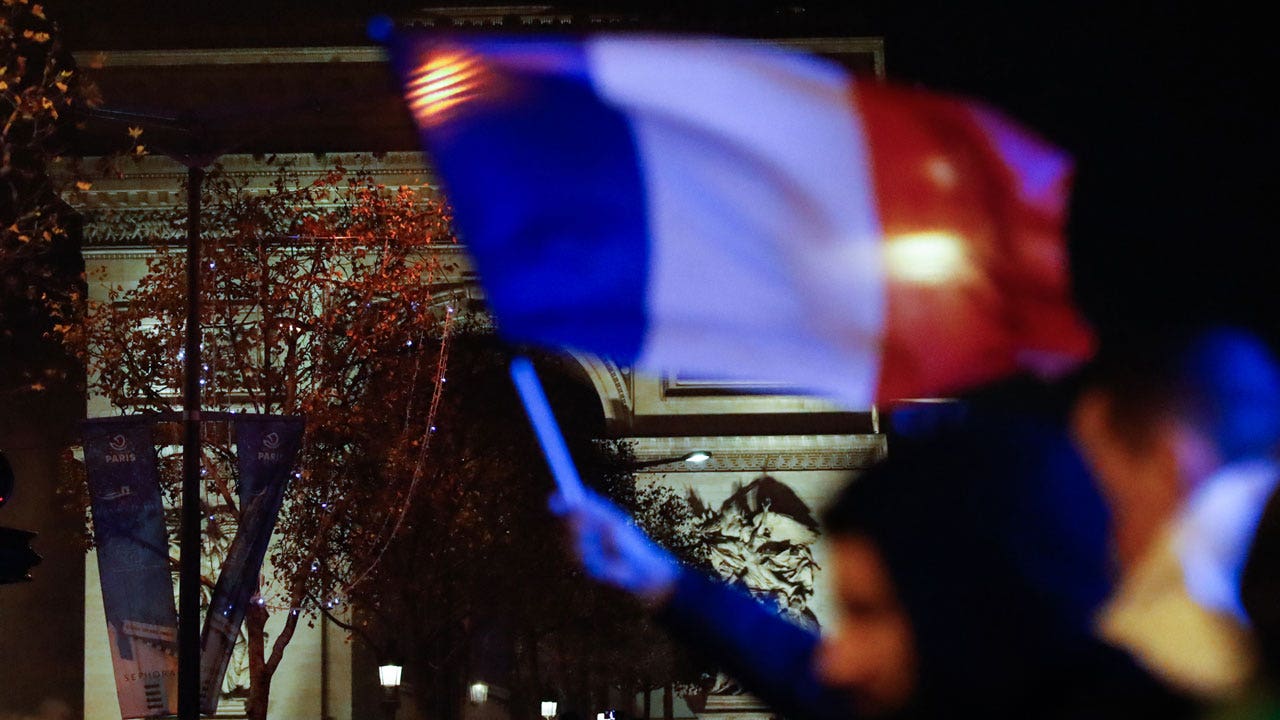