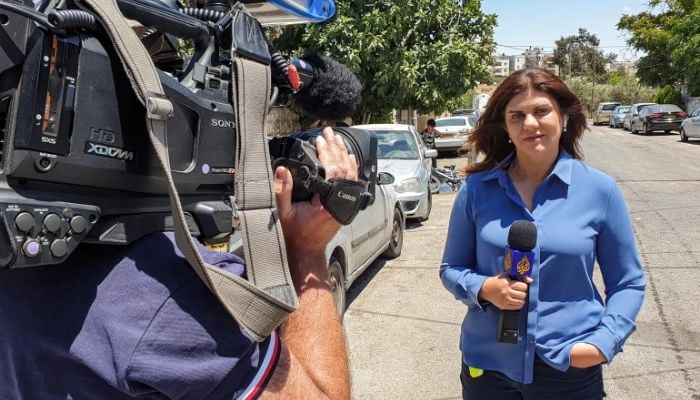 The International Criminal Court (ICC) has received a formal request from Al Jazeera Media Network to look into and prosecute those responsible for the death of renowned Palestinian-American journalist Shireen Abu Akleh, the outlet reported.

On May 11, as Abu Akleh was documenting an Israeli military attack on a refugee camp in Jenin, in the northern occupied West Bank, she was slain by Israeli soldiers. Abu Akleh had worked as a television correspondent for Al Jazeera for 25 years.

The highly regarded journalist, who was 51 and a native of Jerusalem, gave a voice to Palestinians by covering the Israeli occupation.

The request includes a dossier on a thorough six-month investigation by Al Jazeera that compiles every piece of video and eyewitness testimony as well as fresh information on the murder of Abu Akleh.

According to Rodney Dixon KC, an attorney for Al Jazeera, the plea sent to the ICC is presented “in the context of a wider attack on Al Jazeera, and journalists in Palestine,” referring to occurrences like the explosion of the network’s Gaza office on May 15, 2021.

“It’s not a single incident, it’s a killing that is part of a wider pattern that the prosecution should be investigating to identify those who are responsible for the killing, and to bring charges against them,” AJ quoted him as saying.

While the focus has been on Abu Akleh, “the evidence we submit looks at all of the acts against Al Jazeera because it has been targeted as an international media organisation,” he said, claiming that Israeli authorities were trying to “shut it (Al Jazeera) up”.

Following the network’s request, Dixon stated that Al Jazeera hopes the ICC prosecutor “does actually start the investigation of this matter.” The network’s appeal adds to the family of Abu Akleh’s September complaint to the ICC, which was backed by the International Federation of Journalists and the Palestinian Press Syndicate.

Abu Akleh and other journalists were going along a road in front of Israeli forces when they came under fire. They were wearing bulletproof jackets and protective helmets, which were emblazoned with the word “PRESS,” according to a documentary by Al Jazeera’s Fault Lines.

The new evidence submitted by Al Jazeera shows “Shireen and her colleagues were directly fired at by the Israeli Occupation Forces (IOF)”, Al Jazeera Media Network said in a statement, AJ reported.

According to Walid al-Omari, the bureau chief for Al Jazeera in Jerusalem and a friend and coworker of Abu Akleh, it is essential to keep the case in the public eye. “We don’t think Israel should escape from accountability.”

The ICC will decide whether to include an inquiry into Abu Akleh’s murder in ongoing probes after reviewing the available information.

The ICC concluded in 2021 that the situation in the occupied Palestinian territories falls under its purview. In its submission, Al Jazeera asks that the assassination of Abu Akleh be included in this larger inquiry.

“We’re making a request for an investigation that leads to charges being brought and those responsible being prosecuted,” Dixon was quoted as saying.

Abu Akleh was slain by an Israeli soldier, according to investigations conducted by the UN, Palestinian and Israeli human rights organisations, and foreign news organisations.

The FBI investigation into Abu Akleh’s murder was publicised by the US in November, news that pleased her family.

After originally inaccurately attributing the death of Abu Akleh to armed Palestinians, Israel later acknowledged that there was a “high probability” that an Israeli soldier had “accidentally hit” the journalist. Despite this, Israel decided against opening a criminal probe.

Al Jazeera Media Network has called the killing a “blatant murder” and a “heinous crime” since the beginning.