Analysis | Just how bad are things for John Calipari and Kentucky? Pretty bad.

There are far worse power conference teams than Kentucky (just look a bit west across the commonwealth to find the worst of the lot). And there are teams with both superior records and lower ceilings than the Wildcats.

Yet for pure angst-inducement, there might not be anyone topping John Calipari’s team this season.

Kentucky (10-6, 1-3 SEC) turned in a first half of a regular season remarkable largely for how utterly unremarkable it is. The Wildcats’ best win? A victory in London over Michigan, a team hovering around .500. Nothing to see there.

But bad games have gone really bad for the Wildcats, from a thumping at Gonzaga to a defensive no-show at Missouri to open SEC play to a 26-point bludgeoning against a superior Alabama team this month.

Tuesday brought a new low: A 71-68 loss at home to South Carolina, which was coming off a 43-point defeat and is no one’s idea of a cohesive team.

“You know, this is a long season,” Calipari told reporters afterward. “It’s a marathon. Am I happy? No, I’m not happy. I hate losing. We were undermanned, but it doesn’t matter. You’re still playing to win.”

There seems to be more broad-based grumbling about Calipari’s stewardship of the Wildcats than ever, prompting calls for the end of his run in Lexington and a detailing of an ineffective working relationship between him and his athletic director. No one ever makes everybody happy, unless national title banners are an annual occurrence. But frustration is surely at a peak.

That isn’t as interesting as the confluence of developments that have led to this season. Kentucky holds its second-worst record under Calipari through 16 games, better than only a 5-11 mark during the 2020-21 pandemic season. That dud, a 9-16 run with a super-young team under circumstances that were good for no one, is recent enough to still be irritating fans.

This team, though, is not young. It ranks 109th in KenPom.com’s Division I experience metric, a measure of college seasons played weighted by minutes used. And it has the returning national player of the year in Oscar Tshiebwe (16.0 points per game, 13.1 rebounds per game, 58.4 field goal percentage). His numbers are down a tad from last year, but he also has scored at least 19 points in four of Kentucky’s losses. He isn’t the problem. Far from it.

Timing matters, too. Kentucky hasn’t reached a Final Four since 2015. It got bounced in the first round of the NCAA tournament last year by St. Peter’s. Postseason success can paper over plenty of regular season struggles. This team isn’t on track to earn that opportunity.

With an unimaginative offense better suited to the early days of Calipari’s career, Kentucky needs high-end defense. Arguably the most impressive facet of his run with the Wildcats (besides the recruiting) is his ability to get one-and-done players to commit to defending. But this is arguably Kentucky’s worst defensive team of his tenure.

“I thought that we would be a hell of a defensive team, and we’ve got to shore that up because that’s the basis of what we do,” Calipari said.

No. 13 Virginia’s second-half uprising leaves North Carolina at a loss

Calipari has never overstayed his welcome at a job at the college level (this obviously doesn’t apply to his NBA stint with the New Jersey Nets). He took Massachusetts to a Final Four in his final season there and had a Final Four and Sweet 16 to close out his time at Memphis.

One of the problems at arguably the nation’s most high-profile program is it’s hard to craft an escape route. There’s the NBA (see Pitino, Rick). And there’s strategic skedaddling to a place with a lower ceiling that is happy to land Kentucky’s sitting coach (the Tubby Smith-to-Minnesota play).

But that’s a subplot for later. Kentucky still has half its season in front of it, starting with Saturday’s trip to No. 5 Tennessee. The angst could get ratcheted up even more with a lopsided loss, a real possibility in Knoxville.

Those who went to bed a bit early on the East Coast on Thursday missed one of the new year’s best games to date, Gonzaga’s 75-74 escape at BYU thanks to Julian Strawther’s three-pointer with 9.8 seconds left. It gave the Bulldogs their first lead since the 11:19 mark of the second half.

Now, Provo, Utah, is a difficult place to play when almost 19,000 fans are screaming at a visiting team, which is why the end of Gonzaga’s annual trips there is arguably the most significant collateral damage from BYU’s looming move to the Big 12. Thing is, it wasn’t the Bulldogs’ first close call in West Coast Conference play. Or their second, for that matter.

A week earlier, Drew Timme and Co. played from behind almost the entire way at San Francisco and trailed by as many as 12 before Rasir Bolton’s go-ahead layup in the final 10 seconds of a 77-75 victory. And two nights later, Santa Clara led with 90 seconds to go before Gonzaga asserted itself late in an 81-76 triumph.

The tempting thing to suggest is Gonzaga (15-3, 4-0 WCC) will be more tested come March thanks to these games, all of which came on the road. It’s a nice conceit, and it might even work out that way. Realistically, however, the meaning of the required late-game rallies is that Mark Few’s team isn’t overwhelmingly better than the rest of its league like it usually is.

As college basketball season comes into focus, Rutgers is causing a stir

And you know what? That’s okay. As much fire as Gonzaga takes as a program for having not won a national title, it is one of college basketball’s great 21st century success stories. It has reached every NCAA tournament since 1999, has won at least 28 games in each of the past 10 seasons and has advanced to the second weekend of the past seven NCAA tournaments.

If playing more close games than usual but still sitting atop the WCC and being well on the way to 25-plus wins and an NCAA tournament berth is what constitutes a down year in Spokane, Wash., there are scores of programs that would happily switch places with the Bulldogs.

Gonzaga has its issues, notably a defense that is unusually vulnerable by its standards. But it still is going to be a headache for someone in the postseason. Probably multiple someones.

In one sense, the Owls are about as traditional as it gets for a team in a likely one-bid league. They have methodically recruited, developed and retained talent under fifth-year coach Dusty May, gradually becoming more of a force in Conference USA.

But there is something decidedly unconventional about the Owls: Their top three scorers all come off the bench.

Sophomore Alijah Martin (13.1 ppg) has started five games, none since November. Sophomore Johnell Davis (11.8 ppg) started the first four games, missed a couple and has come in as a reserve ever since. Michael Forrest (10.7 ppg), a fifth-year stalwart, hasn’t received a starting nod all season.

It hasn’t mattered on a deep team that has nine players averaging between 16.1 and 26.1 minutes — including seven logging what could be called starter’s minutes. (Goldin, the No. 4 scorer and a 7-foot-1 center, is posting 10.3 points in 19.8 minutes).

The net effect is Florida Atlantic (15-1, 5-0) takes a 14-game winning streak into Saturday’s meeting with North Texas (14-3, 5-1). Both teams are at least two games clear of the rest of Conference USA, and the Mean Green’s only league loss came Dec. 29 against the Owls.

FAU leads the country in bench scoring with 37.4 points per game (Wisconsin Milwaukee, at 36.2 points, is second), and it wisely leans heavily on the three-point shot (it’s 37.8 percent work from the outside ranks 38th in the country). It’s a good mix, and it has the Owls in position to make a run at their first NCAA berth since 2002.

No. 19 Providence at Creighton (2 p.m. Saturday, Fox Sports 1): Will the Friars have Jared Bynum back from an abdominal injury for this trip? It certainly would help Providence (14-3, 6-0 Big East) as it looks to run its winning streak to 10. Creighton (9-8, 3-3) has dropped eight of 11, including consecutive setbacks to Connecticut and Xavier, and could use a high-end victory to revive its season.

No. 11 Kansas State at No. 17 TCU (2 p.m. Saturday, ESPN2): The Wildcats (15-1, 4-0 Big 12) bring a nine-game winning streak to Fort Worth to face the Horned Frogs (13-3, 2-2), who would find themselves three games out of the conference lead if they absorb their third consecutive loss. TCU’s four league games have been decided by a combined 13 points.

No. 24 Duke at Clemson (5 p.m. Saturday, ACC Network): First-place Clemson (14-3) is 6-0 in the ACC for the first time after Hunter Tyson’s 28-point, 11-rebound showing against Louisville. Now a vulnerable Duke team comes to Death Valley, fresh off late rallies against Boston College and Pittsburgh. A loss would leave the Blue Devils (13-4, 4-2) three games out of the conference lead.

No. 25 Marquette at No. 12 Xavier (noon, Sunday, Fox): Xavier (14-3, 6-0 Big East) has won 10 in a row. Marquette (14-4, 6-1) is on a five-game run, and the Tyler Kolek-orchestrated offense ranks second nationally in efficiency, according to KenPom.com, and has kept the Golden Eagles in every game. For sheer entertainment value, this will be tough to top this weekend.

No. 3 Purdue at Michigan State (2:30 p.m. Monday, Fox): It’s a holiday weekend, so technically a Monday game is in play. It’s the first of two meetings between the Big Ten titans as Purdue (15-1, 4-1 Big Ten entering Friday’s game against Nebraska) takes on a Spartans bunch that quietly built a seven-game winning streak. The Spartans (12-4, 4-1 entering Friday’s trip to Illinois) have dropped five of the past six in the series. 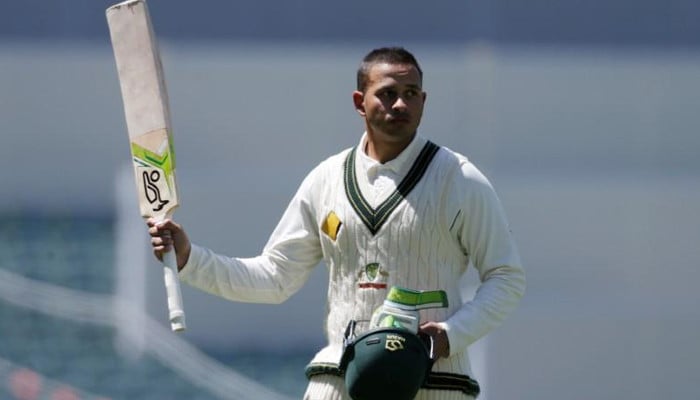 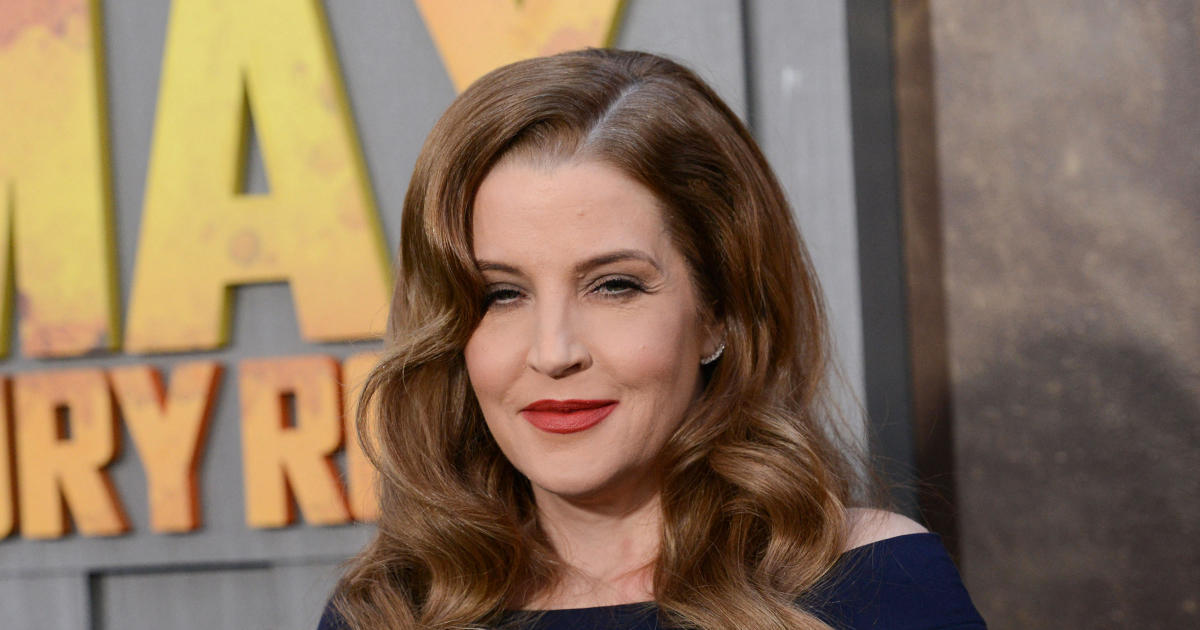