If there was any doubt that, after being benched for the final two games of the season, Derek Carr was set to part ways with the Las Vegas Raiders, he made it perfectly clear Thursday that he will be playing elsewhere next season.

“I once said that if I’m not a Raider I would rather be at home and I meant that, but I never envisioned it ending this way,” the 31-year-old quarterback, who has spent all nine of this NFL seasons in the Raiders organization, wrote in a social media post. “That fire burning inside of me to win a championship still rages. A fire no man can extinguish; only God.

“So I look forward to a new city and a new team who, no matter the circumstance, will get everything I have. Winning a championship is what I’ve always wanted and what I will continue to work towards.”

Fortunately for Carr, there happen to be a number of franchises that could be in the market for a solid quarterback. What’s more, his contract gives him quite a bit of leverage regarding his destination. For one thing, it includes a no-trade clause, meaning he can veto a deal to a displeasing destination. Carr’s contract also stipulates that his $32.9 million salary for 2023 and $7.5 million of his scheduled 2024 salary become guaranteed unless the Raiders release him by Feb. 15.

In other words, Carr is likely to be a free agent well before the NFL’s new league year begins March 15 or to have arrived at an agreement that effectively places him on a team of his choosing. But who are his most likely suitors? Let’s take a look at a few franchises that, come fall, might be particularly eager to have a shiny new Carr parked in their starting lineups. They will be ordered here according to a list of odds (via DraftKings’s online sportsbook) on the teams for which the Raiders’ all-time leading passer will take his next regular season snap.

As fate would have it, the same day Carr posted his farewell note to Raiders fans also saw Jets owner Woody Johnson tell reporters that a veteran quarterback could be the “missing piece” for his team’s otherwise “loaded” roster. Oh, and Jets Coach Robert Saleh chimed in Thursday by asserting that Gang Green will be “as aggressive as heck when it comes to quarterback play” this offseason. The Jets appear to want to keep quarterback Zach Wilson, the No. 2 overall pick in the 2021 draft who struggled this season, and bring in a seasoned signal-caller to give the former BYU star the kind of mentorship Wilson did not receive at the start of his NFL career. New York might also be a landing spot for Jimmy Garoppolo, and General Manager Joe Douglas figures to check on the availability of the likes of Aaron Rodgers and Lamar Jackson, but Carr and the Jets could well come to the mutual conclusion that they are the most appealing options on the table.

The only reason I have the Jets above the Colts here is that, after striking out with a succession of veteran passers in Philip Rivers, Carson Wentz and Matt Ryan, Indianapolis might be ready to go young at the position. The Colts hold the No. 4 pick in a draft that has some intriguing quarterback prospects, but even if they use it to select a college star such as Bryce Young or C.J. Stroud, that wouldn’t necessarily deter them from also adding Carr. After all, the Jets have made it clear they regret not letting Wilson start his career by watching an experienced quarterback from the bench.

Given that the Titans fired longtime general manager Jon Robinson amid a seven-game losing streak to end their season, it’s reasonable to suspect more major changes are coming to Nashville. The potential upheaval could include a release of quarterback Ryan Tannehill, whose own season ended with an ankle injury and whose good-but-not-great NFL career has seen him earn just one Pro Bowl selection, in 2019. It’s been even longer since Carr made a Pro Bowl team, with the most recent of his three nods coming in 2017, but he’s three years younger than Tannehill and could keep the offense afloat while the Titans decide whether the exceedingly raw Malik Willis can be a part of their future. Plus, former Titans great Chris Johnson really wants Carr in Tennessee, for whatever that’s worth.

Carr has offered kind words in the past for Saints Coach Dennis Allen, who held that position for the Raiders before getting fired four games into the quarterback’s rookie season in 2014. New Orleans may be looking for greater stability at quarterback, having followed the Drew Brees era by giving snaps to the decidedly motley crew of Andy Dalton, Jameis Winston, Taysom Hill, Trevor Siemian and Ian Book. The Saints’ relative lack of draft picks and salary cap space might preclude a trade for Carr, but if he is released they could try to could lure him in free agency by touting a talented pair of rookie wide receivers, Chris Olave and Rashid Shaheed.

Speaking of a team that has a coach with ties to Carr and is searching for stability at quarterback, Washington more than fits that bill. Defensive coordinator Jack Del Rio (assuming he doesn’t suffer the same fate as former offensive coordinator Scott Turner) was the Raiders’ head coach from 2015 to 2017, when Carr earned the aforementioned three Pro Bowl selections. Commanders Coach Ron Rivera didn’t seem all that confident in impending free agent Taylor Heinicke this season, or Carson Wentz for that matter, and the team might want to let promising youngster Sam Howell play the understudy role for at least another year.

Is it so outlandish to envision Carr and Tom Brady swapping clubs? Probably, but the rumor mill has linked Brady to the Raiders, who are coached by Josh McDaniels, his longtime offensive coordinator in New England. Retirement (this time for real) also feels like a distinct possibility for Brady. Carr’s stated desire to win a championship could lead him to Tampa Bay, which recently did just that and still has enough of those Super Bowl-winning players around to plausibly make a run at another ring.

The Pats don’t seem completely sold on second-year quarterback Mac Jones, and reports out of New England portend changes there, particularly on offense. Even with some turmoil this season — including a bizarre, game-losing lateral for which Carr had a front-row seat in Las Vegas — Bill Belichick and Co. barely missed out on a playoff berth. Having been benched by McDaniels, might Carr want to lead the Raiders coach’s former team back to the promised land?

The NFL playoffs are set. Here’s what you need to know.

As with the Colts and Commanders, the Panthers have been cycling through some veteran quarterbacks of late and might see Carr as a way to finally land someone with staying power. Carolina also needs a permanent head coach, after firing Matt Rhule and ending the season with Steve Wilks at the helm, and if it gets an early commitment from Carr, he might get some input on that decision.

Sure, it didn’t go well at all in Houston for David Carr, a certain someone’s older brother who the Texans selected first overall in the 2002 draft and then allowed to get sacked into oblivion. Rather than harbor bitterness toward the team on behalf of his sibling, though, Derek Carr said in October he had “the utmost respect for that organization just because of the way they treated my family.” The Texans have the No. 2 pick in the draft and may very well use it on a quarterback. But if they land Carr, they could trade that pick for a king’s ransom or use it on a much-needed defensive standout, such as Alabama pass-rusher Will Anderson.

As Atlanta’s season went along, it seemed to get things brewing on offense under head coach Arthur Smith despite dumping quarterback Marcus Mariota in favor of rookie Desmond Ridder. As a third-round pick, Ridder does not represent a major investment at his position, and Carr might relish the chance to lob deep balls to wide receiver Drake London and tight end Kyle Pitts.

Of course, if the Raiders were right and Carr — who posted some of the worst numbers of his career this season — was indeed worthy of benching, then his courtship by other teams will have been much ado about nothing. McDaniels created a 2009 firestorm in Denver by running Jay Cutler out of town, but that move didn’t exactly come back to haunt the then-Broncos coach.

It’s worth keeping in mind, though, that for all of his years in the NFL, Carr is still just 31. He should have some effective, if not all-world, seasons in front of him. One can certainly imagine an NFL team convincing itself of that, and acting accordingly. As for which team, given his contract clauses, we shouldn’t have to wait very long after the Super Bowl to find out. 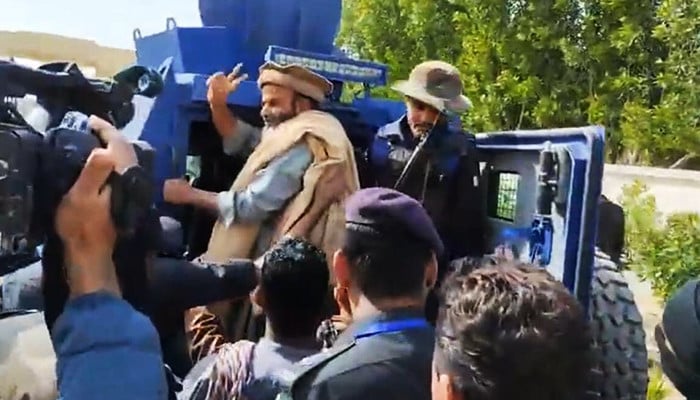 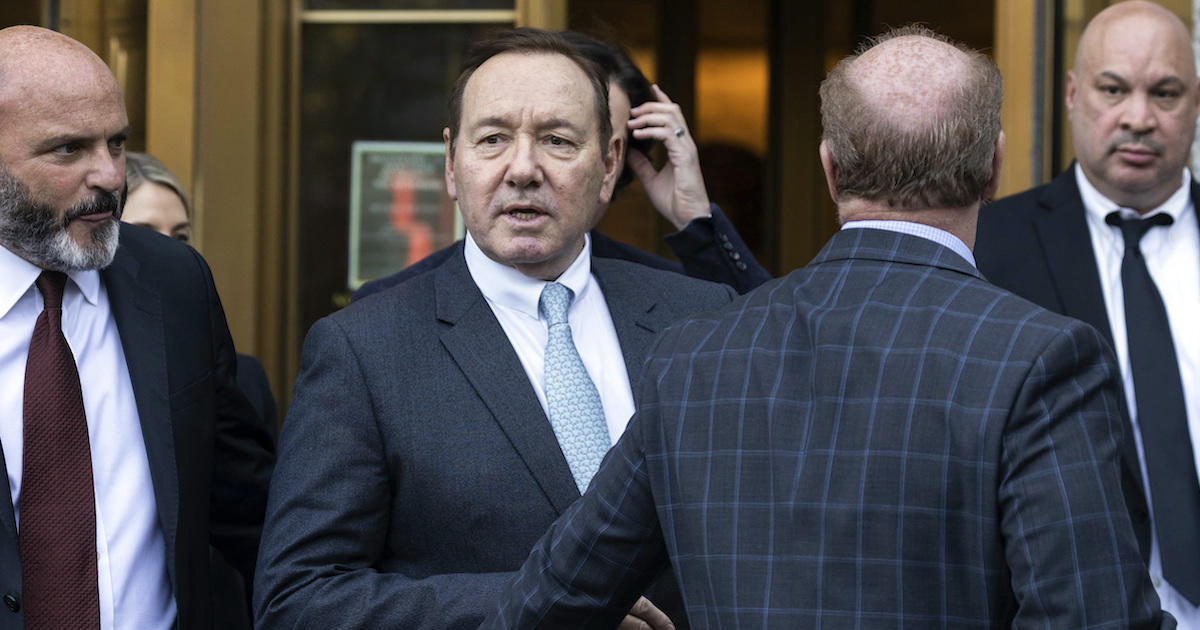