Bret Easton Ellis talks about his new sincerity and ‘The Shards’

Bret Easton Ellis’s new novel, “The Shards,” takes a nostalgic look back at 1981. It’s a murder thriller crossed with a coming-of-age tale, replete with Wayfarer sunglasses, quaaludes and horrific violence. It follows the story of … Bret Easton Ellis, an overprivileged student at a private high school who’s navigating his sexuality, senior year and the presence of a serial killer with a penchant for gory theatrics who seems to be stalking Bret’s friends.

While the idea had been germinating for decades, Ellis began working on “The Shards” in earnest during the early days of the pandemic, releasing it as a podcast before it eventually coalesced into novel form. While its plot is fictional, one senses real emotion driving the narrator as he grapples with his queer identity, the fleeting nature of youth and the writing of his debut novel, “Less Than Zero.”

Is the Bret in “The Shards” the same Bret who wrote it? As Ellis told me when we spoke last month via Zoom: “You’re gonna have to make sure that you can separate reality from what you want reality to be.”

This interview has been edited for length and clarity.

It’s been a while since your last novel. So how did “The Shards” come to be?

It must have been April of 2020 and there was nothing to do. All my projects had shut down. I was opening the wine a little earlier than usual and found myself on YouTube. I’m not a YouTube guy, but what else was I gonna do? I just started to play videos and stuff from the music of my youth — of 1980 to ’81 — and that led to looking up classmates. Where are they? That haunted me. And then the next day I began writing the book.

This book I’ve been thinking about for 40 years — and have tried to kind of halfheartedly begin a few times — just effortlessly poured out. A surprise!

The obvious question is: What’s fact and what’s fiction? And why mix the two?

I can’t explain it. It wasn’t an intellectual process, it was more an emotional process. I wrote a little bit — a chapter or so — of this book in 1982, but it was in that old style, first-person present-tense minimalism. So it was from an 18-year-old boy who was going through these events as they were happening. “Less Than Zero” was calling out to me more, and I just put it aside for a while. For a long while.

Pretty much every time I finished a book, I would go back to “The Shards.” It’s never clicked, and then for some reason … it was being an old man! Looking back on these events with this kind of hindsight and the ability to fill in all of the backstories of these people. This was the key to the lock.

Early in the book you mention how your “Prince of Darkness literary persona” is vanishing, and there’s lots of talk about how “Bret” has changed, or is changing. So, how have you changed?

Look — always changing. Always changing. The Bret at 47 — unrecognizable from the Bret at 27. Or the Bret at 17. I look back at the Bret in his 20s and kind of shudder a little bit. As I do at my 30s, when I was having a lot better time. And my 40s were a wreck. The 50s had been relatively calmer because you just don’t care; you’ve been through it all, and keeping up the pose is just a waste of time that doesn’t matter.

Recently, how have I changed in order to so effortlessly write a book like this? I think a lot of it is that the art consciousness of my other work just wasn’t here. I didn’t spend two years doing an outline. There was no satiric intention; that’s gone by the wayside. So without the satire, there’s really no judgment. If I look back on some of my earlier work, there was a kind of morality police at play that I think was very interesting for people coming from a 21-year-old, with “Less Than Zero” and with “American Psycho,” where there seemed to be a stern moralist at play, whether I was fully aware of that or not. That’s all gone. So that, I think, is the biggest change that’s happened, the biggest leap in the last 13 or 14 years.

A major aspect of the book is this nostalgia for an idealized youth, and then these kids are all systematically murdered. Does the book represent the killing off of your youth?

I would say more embracing, to a degree. There’s contradictions everywhere. Embracing youth or killing it off? I guess it was a little bit of both. It was going back in time, and in some ways attempting to explain to people who I might have hurt or betrayed, or who felt bewildered by my behavior, that I’m sorry. An early reader commented something like: God, how did this happen to Ellis? This is like the sincere Bret Easton Ellis book. Well, perhaps it is. I didn’t sit down to do that. It just happened.

Stephen King is mentioned repeatedly throughout the book, and I can see how his world-building — even to the point of drawing himself, as the author, into the text — influenced you.

Stephen King was one of the big influences on me at the right time of my life. I think I first read his books when I was 10. “Carrie” had a profound impact on me as did, the following year, “Salem’s Lot,” his vampire novel. I remember typing out chapters of it to see how he did it.

He transcended horror fiction for me because he had done something different with it. He brought horror into the ’70s, where there were brand names everywhere. There were lyrics to pop songs. His horror was in a completely recognizable contemporary world that I had simply never come across before.

The world has changed a lot in the 50 years since King started writing, or the 40 since you started. What would you say is different about writing today vs. when you were writing “Less Than Zero?”

For me, nothing. I just write purely on instinct, and I write exactly what I am feeling, and it’s a way to relieve myself of pain or confusing emotions. I guess the question is, would any of those books be published now? Could Stephen King write a book like “Carrie,” for example, and have that published? I mean, I would hope so. And it’s still in print, so it’s always available. But of course, I think there are books of mine — maybe all of them in that period — none of them would be considered acceptable. But that’s a whole other thing, and that’s not my concern.

We’re talking about the mainstream presses — but there’s some wild stuff out there. I mean, wild. But it’s from very independent presses. The mainstream doesn’t really touch it anymore. That’s just how it is. The fact that transgressive fiction isn’t a mainstay in the big three, big four publishing houses, it’s like: Okay, well, we had our moment, you know. We had our moment.

A few years ago you rankled an interviewer in the New Yorker and got a lot of scorn from the internet for your shrugging reaction to Donald Trump’s election while criticizing liberals in your essay collection “White.” Has your stance changed in any way?

I’m paying attention less. There was a moment when it seemed like everyone was offering their opinion about what was going on in post-Trump-election America. I really don’t care. I care about art. I care about writing. I’m just not that engaged. And I wanted to express that in those essays, which of course dropped into a time when: uh-huh. Me and my editor knew! But we also thought, well, it can’t be worse than “American Psycho.”

But it was a very heated moment, and it was interesting to go through. It was certainly an interesting thing to have happen to me. But I also realize I don’t care enough to put up the fight. I’m just not there to debate.

Where am I now? What am I thinking? I think I’m like most people. If we can believe these polls that the American public doesn’t trust the media anymore, I don’t know — where are we? I backed away. I backed away from what I see as the simulacrum that we’re living in. The making up of narratives and illusion we’re trying to pry apart to find some kind of truth. But maybe there isn’t any truth. I don’t know. 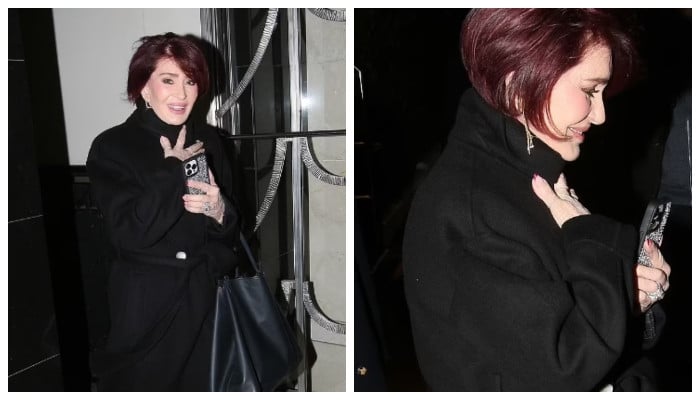 Next post New movies to stream this week: ‘The Drop’ and more