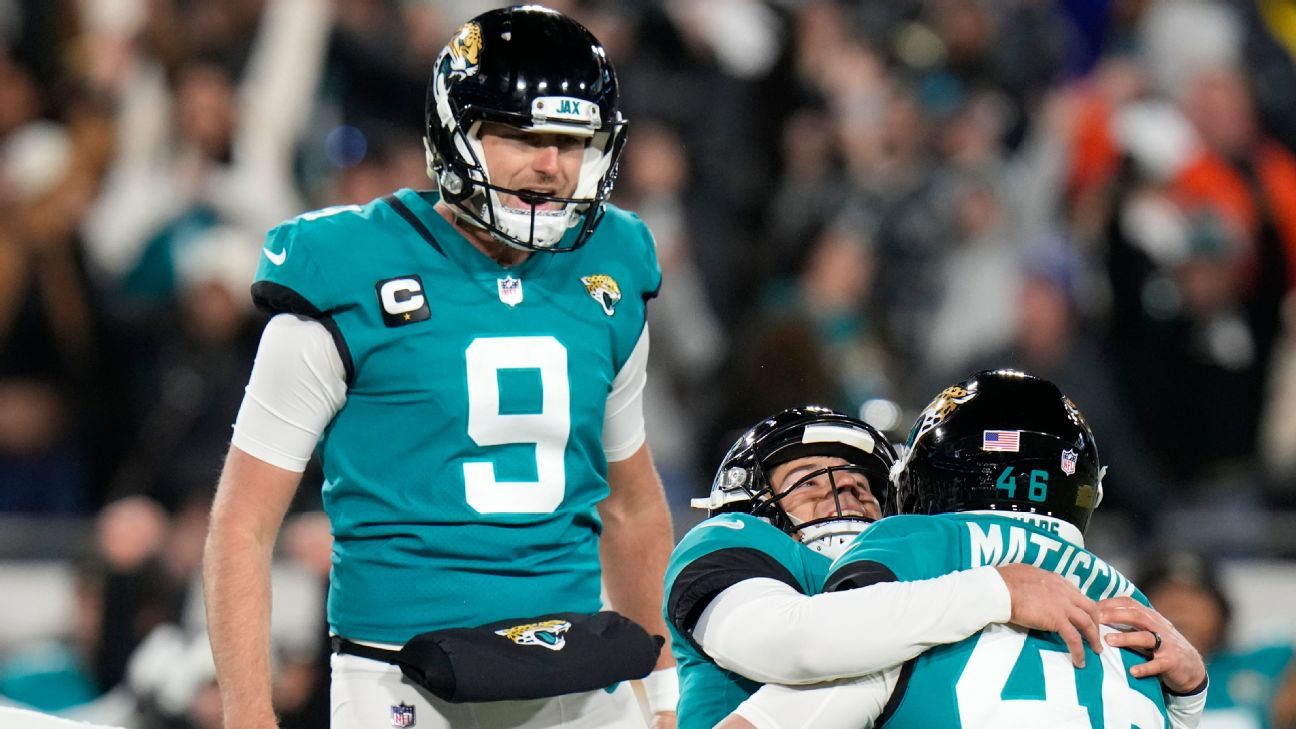 JACKSONVILLE, Fla. — Despite building a 27-0 first-half lead, the Los Angeles Chargers saw their postseason disintegrate in the second half as the Jacksonville Jaguars stormed back for a 31-30 victory Saturday night.

It was the third-largest comeback in playoff history. The Jaguars now advance to the AFC divisional round after their first playoff win since 2017.

There are plenty of ways to describe the Jaguars’ performance in their wild-card win over the Chargers at TIAA Bank Field, but ridiculous pretty much covers it.

What other way to describe Trevor Lawrence throwing four interceptions in the first half — including three in the first quarter — and then the Jaguars rallying from a 27-0 deficit to beat the Los Angeles Chargers on Riley Patterson‘s last-second 36-yard field goal?

Nothing summed up just how poorly the Jaguars played in the first half more than a punt bouncing off Chris Claybrooks‘ helmet that the Chargers recovered and turned into a field goal and a 27-0 lead with five minutes remaining. Indeed, nothing went right for the Jaguars in the first 30 minutes.

That was Jacksonville’s fifth turnover of the half, and it seemingly put the team into too big of a hole to overcome. But Lawrence turned things around, throwing touchdown passes on four consecutive drives — and running for a two-point conversion — to cut the Chargers’ lead to 30-28 with 5:25 to play. He then led the Jaguars on a 10-play, 68-yard game-winning drive that culminated in Patterson’s 36-yard field goal as time expired.

The last time a team turned the ball over five times in the first half of a playoff game was in the 1999 divisional playoffs — the Miami Dolphins did it against the Jaguars on this same field. The Jaguars won that game 62-7 and sent Dolphins quarterback Dan Marino into retirement.

The Chargers, meanwhile, rolled up 180 yards and Justin Herbert completed 15 of 24 passes for 139 yards in the first half. They got a short field on two of Lawrence’s four interceptions, and the Jaguars managed to pressure Herbert on only four of his dropbacks.

Now the Jaguars, who have won seven games in a row, will await the outcome of the Sunday games to find out if they’re headed to Kansas City.

Biggest hole in the game plan: The Jaguars should have been able to attack the Chargers’ defense on the perimeter in the run game with running back Travis Etienne Jr., who averaged an NFL-best 8.3 yards per carry outside the tackles; Los Angeles allowed 9.3 yards per carry on such runs, ranking last in the league. But that went out the window with the big deficit, though the Jaguars did try to run the ball between the tackles occasionally in the second half while going to the hurry-up offense.

Ahead of the Chargers’ first playoff appearance in four years, questions swirled about the job security of second-year coach Brandon Staley.

Those questions likely won’t be disappearing after this total meltdown.

L.A. got off to a promising start, with cornerback Asante Samuel Jr. grabbing three of four interceptions Lawrence threw in the first half and running back Austin Ekeler converting two of those takeaways into touchdowns, quickly silencing an amped-up TIAA Bank Field crowd and enabling the Chargers to take a 27-7 lead into halftime.

But, behind Super Bowl-winning coach Doug Pederson, the fourth-seeded Jaguars adjusted coming out of the break and went on a 24-3 scoring run, sending the fifth-seeded Bolts into the offseason, where many questions — about Staley, 10th-year general manager Tom Telesco and the direction of the franchise — await.

Two halves: The Chargers went on a 27-0 run in the first half, powered by five turnovers — including four interceptions and the recovery of a muffed punt. But the Jaguars responded with a run of their own, scoring a touchdown to close out the first half and then adding 24 more points for a historic comeback.

QB breakdown: After warmups, the 24-year-old Herbert jogged off the field and pumped his fist toward screaming Chargers fans, giving every indication he was ready to make his first NFL postseason start. Herbert, without star wide receiver Mike Williams, who was ruled out Friday because of a small nonsurgical fracture in his back, played a nearly flawless first half. He led five scoring drives to convert each takeaway.

In the second half, Herbert — without Williams and then also DeAndre Carter, who left the game because of an ankle injury — was unable to develop a consistent rhythm.

Stat that matters: The Chargers held a lead on every offensive play in the second half and lost. 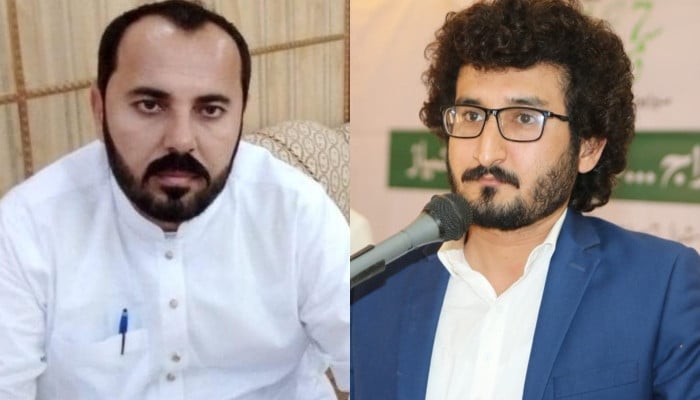 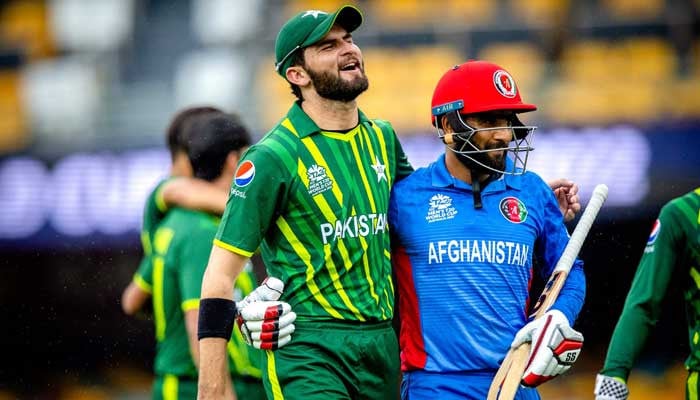