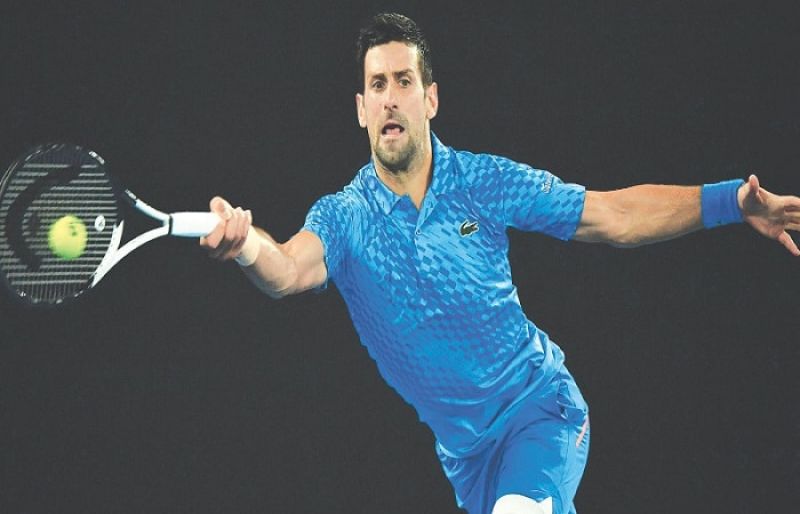 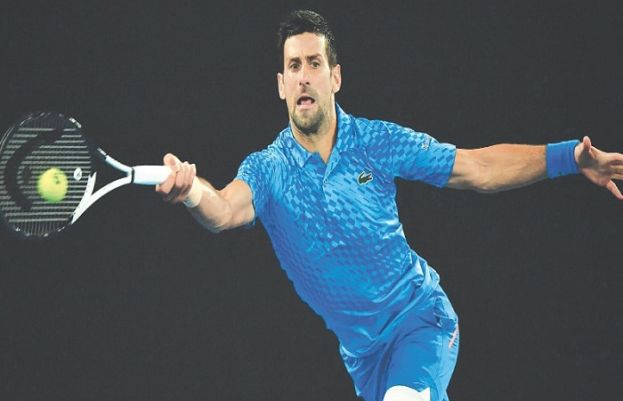 Novak Djok­ovic returned to the Australian Open nearly 700 days since winning the title for a ninth time and continued exactly where he left off at the Grand Slam he has dominated with a commanding first-round win on Tuesday.

After regular Melbourne adversary Andy Murray conjured some old magic to stop last year’s semi-finalist Matteo Berrettini in a five-set classic, Djokovic was cheered on to Rod Laver Arena to complete a manic day with scorching heat and drenching rain.

Deprived of a tilt at a record-extending 10th title last year after being deported on the eve of the tournament for not having a Covid-19 vaccination, the Serbian showed his class as he glided past Spain’s Roberto Carballes Baena 6-3, 6-4, 6-0.

Welcomed like a returning hero by the evening crowd, many sporting Serbian flags, the 35-year-old Djokovic was imperious throughout and rattled off the third set for the loss of four points to seal an 83rd win at the tournament.

“It was an unbelievable atmosphere,” fourth seed Djokovic said on court. “Thanks for the welcome and the reception that I could only dream of. Very happy to be back.”

It was far from routine earlier, however, as five-time runner-up Murray rolled back the years and saved a match point to beat Berrettini 6-3, 6-3, 4-6, 6-7(7), 7-6(10-6) in a near five-hour slog and former world number two Alexander Zverev edged Peruvian lucky loser Juan Pablo Varillas in another five-setter.

Organisers had their work cut out as extreme heat forced a three-hour stoppage on the outside courts. As night fell, a storm brought heavy rain, leaving 11 matches unfinished, including nine which did not even start.

Coming off a big pre-season, Murray channelled his halcyon days of 2016 as he raced to a two-set lead against the 13th-seeded Berrettini, who beat him at the US Open last year.

Berrettini stormed back though and missed an easy backhand on a match point before Murray sealed victory in the deciding tiebreak with a cruel net cord.

“I just got a bit lucky there at the end with the net cord,” said 35-year-old Murray. “Right now I’m just unbelievably happy, just proud of myself.”

Women’s seeds Aryna Sabalenka and Caroline Garcia earlier enjoyed the relative cool on Rod Laver Arena before the rising mercury sent fans scurrying for shade as organisers invoked the Extreme Heat Policy and halted play on outside courts without roofs.

Fifth seed Sabalenka, who opened the year by winning the Adelaide title without losing a set, kept up her fine form with an emphatic 6-1, 6-4 victory over Tereza Martincova.

Garcia will face another Canadian in 2021 US Open finalist Leylah Fernandez, who beat Alize Cornet 7-5, 6-2, her first win in the main draw at Melbourne Park.

The 26th seed Elise Mertens was another winner. The Belgian outlasted Spain’s former Melbo­urne finalist Garbine Muguruza, who was cramping before losing 3-6, 7-6 (7/3), 6-1.

Next post UConn's Hurley to miss road game with COVID