The hillside of Rano Raraku volcano on Rapa Nui feels like a place that froze in time.

Embedded in grass and volcanic rock, almost 400 moai – the monolithic human figures carved centuries ago by this remote Pacific island’s Rapanui people — remained untouched until recently. Some are buried from the neck down, the heads seemingly observing their surroundings from the underground.

Around them, there has been a pervasive smell of smoke from still-smoldering vegetation – the vestige of a wildfire that broke out in early October. More than 100 moai were damaged by the flames, many of them blackened by soot, though the impact on the stone remains undetermined. UNESCO recently allocated nearly $100,000 for assessment and repair plans.

In this Polynesian territory that now belongs to Chile and is widely known as Easter Island, the loss of any moai would be a blow to ancient cultural and religious traditions. Each of the moai – the nearly 400 on the volcano and more than 500 others elsewhere on the island — represents an ancestor. A creator of words and music. A protector.

The president of Rapa Nui’s council of elders, Carlos Edmunds, recalled his emotions when he first heard about the fire.

“Oh, I started crying,” he said. “It was like my grandparents were burned.”

It takes a close look at a map of the Pacific to find Rapa Nui, a tiny triangle covering about 63 square miles. Home to about 7,700 people – about half of them with Rapanui ancestry — it’s one of the world’s most isolated inhabited islands. The quickest way to get there is a six-hour flight from Santiago, Chile, covering 2,340 miles. Much farther away, to the northwest, are the more populous islands of Polynesia.

The remoteness has shaped the community’s view of the world, its spirituality and culture. Its small size also plays a part: it seems everyone knows one other.

Rapa Nui was formed at least 750,000 years ago by volcanic eruptions. Its first inhabitants were sailors from Central Polynesia who gradually created their own culture. The moai were carved between the years 1000 and 1600.

The arrival of outsiders had grim effects: Hundreds of Rapanui were enslaved by Peruvian raiders in 1862 and taken to South America, where many died in cruel conditions.

In 1888 Chile annexed the island and leased it to a sheep company. Only by the 20th century did the islanders begin to recover their autonomy, though there were no written Rapanui annals to recount their early history.

Without such books to preserve their legacy, the Rapanui have imprinted their people’s memory in activities and traditions passed from generation to generation. The hand of the fisherman who casts a hook carries the wisdom of his ancestors. The women’s hairstyle evokes the pukao, a hat made of reddish stone placed on the heads of the moai.

Even music is not merely music.

“You write books; we write songs,” said Jean Pakarati, head adviser of Ma’u Henua indigenous community. “Dancing is an expression and that expression is history.”

Pakarati’s duties include helping administer Rapa Nui National Park; she was shaken by the damage to moai within the park’s boundaries.

“Everything that affects archaeology, as you call it, is so important,” she told The Associated Press. “It is part of us.”

At 2 in the morning on Oct. 4, when the fire was finally controlled, those risking their safety around the burning crater were untrained volunteers using shovels and rocks, cutting down trees and branches.

“Family, friends and Rapanui came,” Pakarati said. “What are you going to tell people when they are in such anguish, when they know that their volcano, where the moai were built, is burning?”

The fire covered about one square mile. It originated away from the volcano, on a cattle ranch, but the wind brought flames to Rano Raraku. Some residents say they know who started the fire, but don’t expect any punishment due to a cultural reluctance to file a complaint against fellow Rapanui.

Each moai preserves precious information about its tribe. When an important Rapanui died — a grandfather, a tribal chief — some of his bones were placed under the ceremonial platform called an ahu and his spirit had the possibility of rebirth after a craftsman carved a moai in his likeness. Thus every moai is unique, bearing a name of its own.

When the moai were carved, the island was divided according to its clans, but most of the statues were created in Rano Raraku. The ahu were built near the sea.

It is not certain how the moai – which average 13 feet in height and weigh many tons — were transported to their ahu. One theory is that they were moved as if they were standing, dragged with small turns as one would do with a refrigerator.

Rapa Nui’s council of elders, headed by Carlos Edmunds, brings together the leaders whose predecessors were born in Rapanui tribes. Among other responsibilities, Edmunds, 69, fights for the island’s autonomy, preventing land from being sold to foreigners, insisting that certain areas are regulated only by Rapanui, ensuring that tourists prove that after a visit they will not stay to become residents.

Edmunds’ mother tongue is Rapanui, the only language he spoke until he turned 18 and left for South America to study.

His ancestors were born in Anakena, site of a beach with white sand and transparent waters where King Hotu Matua is believed to have landed 1,000 years ago, bringing the first inhabitants of Rapa Nui with him.

When Chile leased the island, the foreigners who took over stripped all Rapanui tribes of their property, though several ahu and moai can still be seen on land they used to control.

Edmunds recently visited the moai in Anakena that were carved by his ancestors; he says the protection of his loved ones never abandons him. “For us, the spirits continue to live.”

In his house, he keeps a small moai that an artisan carved for him. Pointing to his neck, where Catholics often wear a cross, he said: “I can’t wear moai because it’s very heavy, but I have moai in there. Made of stone, of wood, these figures protect me.”

Moai were not meant to be eternal. When they fell apart or needed replacement, their remains were used to erect a new one in the same location.

Between the arrival of Europeans and the mid-19th century, all the moai erected on platforms had been toppled, perhaps due to environmental factors or neglect. Major restoration projects and new archaeological surveys, led by foreign experts, commenced in the 1960s and ’70s.

At that time, said Rapanui historian Christian Moreno, many of the islanders didn’t understand why foreigners were so fascinated by the statues, which no longer served a specific religious or cultural role.

Gradually, Moreno said, the community began to delve into its collective memory, talking to elders and – bit by bit — retrieving the history of the moai.

“Then the Rapanui once again understood that the moai represent the ancestors who walked through the same land that we do, who breathed the same air as us, who saw this very ocean,” Moreno said.

Now, in Rapa Nui, people can trace a family history just by knowing their last name and where the moai named after their ancestors were placed.

The moai have a place in a history class at the Eugenio Eyraud high school. When teacher Konturi Atán finished drawing one on the blackboard on a recent day, the students laughed. It looked more like a bishop on a chessboard.

Atán, 36, joined the laughter as he began the day’s lesson: “Compare ancient civilizations with Rapa Nui.”

The sun rises behind a line of moai statues on Ahu Tongariki, Easter Island, Chile, on Nov. 26, 2022. The statues were damaged in an October wildfire.
(AP Photo/Esteban Felix)

“What about the moai? Were they related to religion or to politics?” he asked. “It’s quite complicated, right?”

Atán said he constantly tries to incorporate Rapanui culture into the curriculum guidelines designed by Chilean authorities. He has taught about the island’s relation to the ocean, and led field trips to sites where moai are positioned.

“Local schools are structured theoretically, politically and technically from the continent (Chile),” he said “What we do is provide the skills and, from there, the history of the island, the culture, the link with the community.”

Among the deep-rooted Rapanui traditions is the umu – a traditional feast. It’s offered to tourists at the Te Ra’ai restaurant, where meat covered with banana leaves is cooked in a pit over wood and volcanic stones.

Through 18 years of operation, Te Ra’ai has welcomed up to 120 foreigners per day, but from March 2020 to last August there were none. To protect the community from COVID-19, the mayor banned foreigners from entering the island, whose economy depends 80% on tourism.

The mayor of Rapa Nui is Pedro Edmunds, the brother of Carlos Edmunds. Unlike other mayors eager to plunge into new projects, he does not even add streetlights without first consulting the community’s ancestors.

“Incorporating heavy machinery on an ancestral territory is a violation of the protective spirit of the place,” he explained.

Before making renovations anywhere on the island, or even moving a rock from one place to another, the spirits of the dead are summoned. In some cases, the new project will be celebrated with an umu; in more delicate cases, such as how to deal with pandemic-related restrictions, the ancestors have been asked to advise on ancient Rapanui principles.

Among these is “umanga” — a concept of collective responsibility for passing on knowledge and skills.

“It is beautiful because those who are empowered with knowledge help those who do not have it and together we multiply it,” said Edmunds. “We, as Rapanui, have taken care of ourselves. We lost care when the state stepped in and applied foreign rules on our ancestral codes.”

GET THE FOX NEWS APP

Edmunds, the mayor for 25 years, worries about the future but also has hope.

“Our daughters and sons have not lost the essence of being Rapanui and that guarantees that this culture will have a future,” he said. “We are a society that respects its environment and is tremendously protective of its culture”.

That culture includes the Rapanui language, which has only 14 letters. Yet a single word can incorporate metaphor, parable and philosophy simultaneously. A single name can express who you are, what you do, what you love.

“I’ve asked many times to people from other countries: who are you? And they all tell me their names,” said Jean Pakarati. “When someone asks me that question, my answer is: ‘I am Rapanui.’” 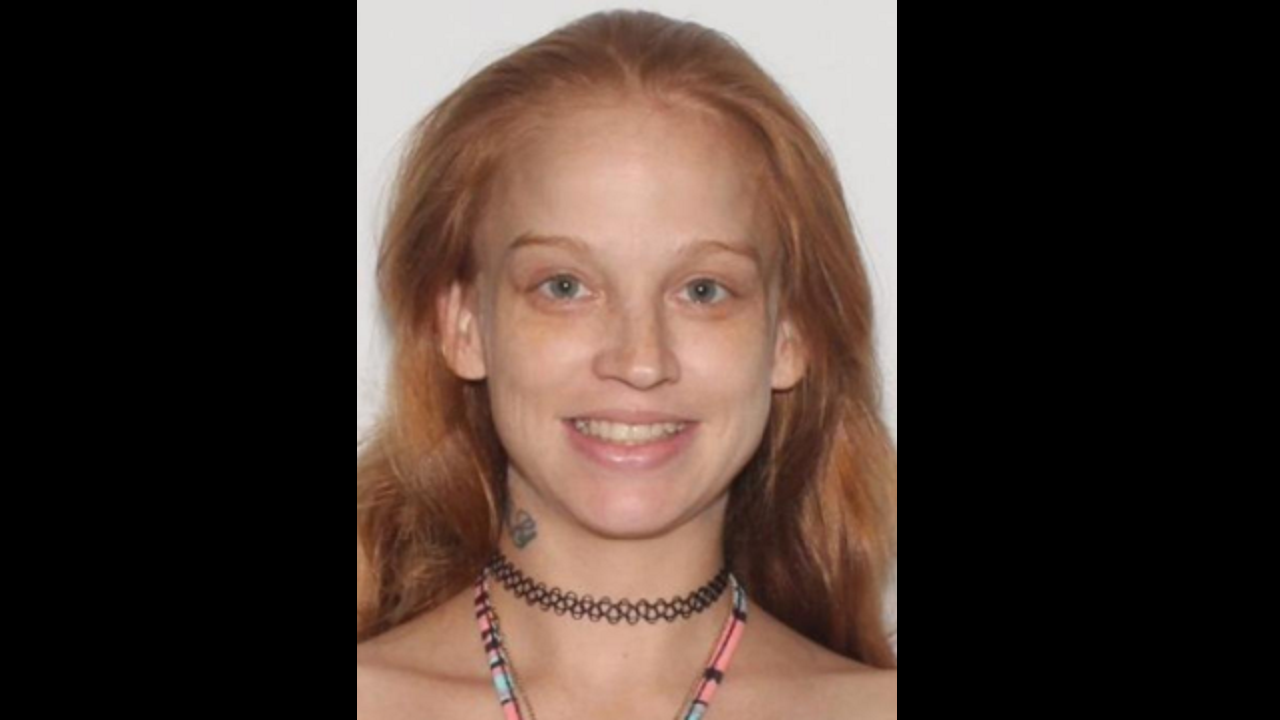