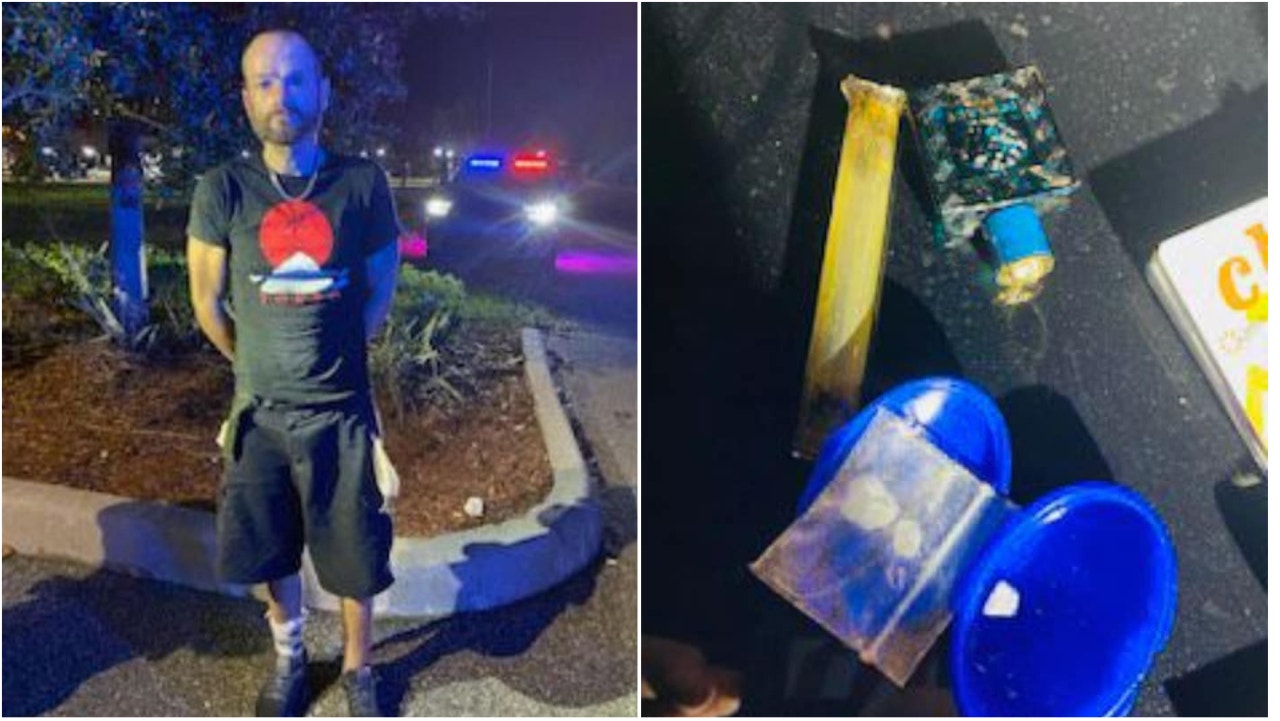 A Florida man found himself in handcuffs after allegedly trying to steal items from a Walmart where dozens of police officers were holding an event.

The Osceola County Sheriff’s Office says a man they refer to as “Brad” was arrested at a St. Cloud Walmart after trying to steal items at the same time about 40 deputies were inside as part of a “Shop with a Cop” event, WTTV-TV reported.

“Seriously we just can’t make this up,” the department posted on Facebook.

“Brad decided to steal from our good neighbors and partners at Walmart in St. Cloud while we were conducting the Shop With a Cop event with the children of our community. Bad news, Brad!”

The post said the store was “full of deputies, almost 40, beside the forensics team, the community services team, the CSOs, the OCSO Majors, and Sheriff Marcos R. Lopez. Bad idea, Brad.”

The deputies were inside the Walmart store as part of an event that involves police officers shopping with children for the holidays.

The department posted a photo of “Brad” that showed him with his hands cuffed behind his back and his pockets inside out.

The Facebook post also contained photos of items associated with Brad including a bottle of perfume, gloves, what appeared to be hedge clippers, a syringe, and a container with a plastic baggy containing unknown contents.

The Osceola County Sheriff’s Office did not immediately respond to a request for comment from Fox News Digital.

Andrew Mark Miller is a writer at Fox News. Find him on Twitter @andymarkmiller and email tips to [email protected]