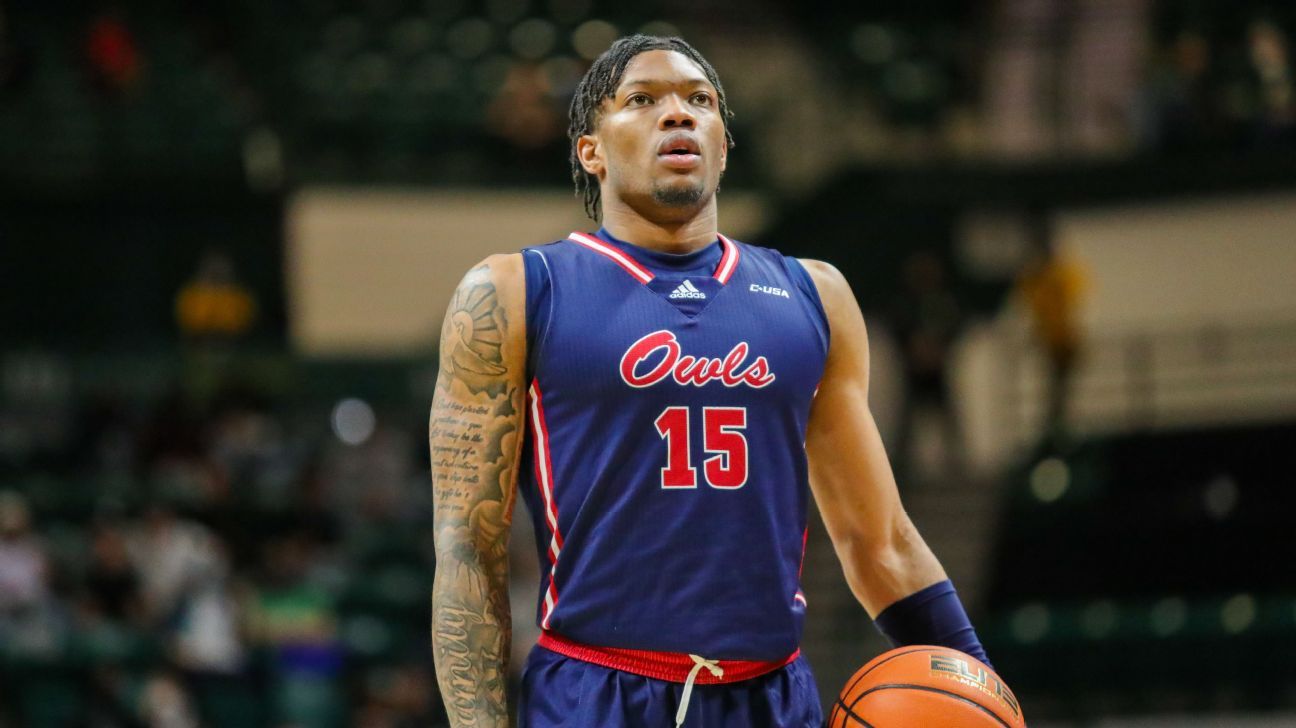 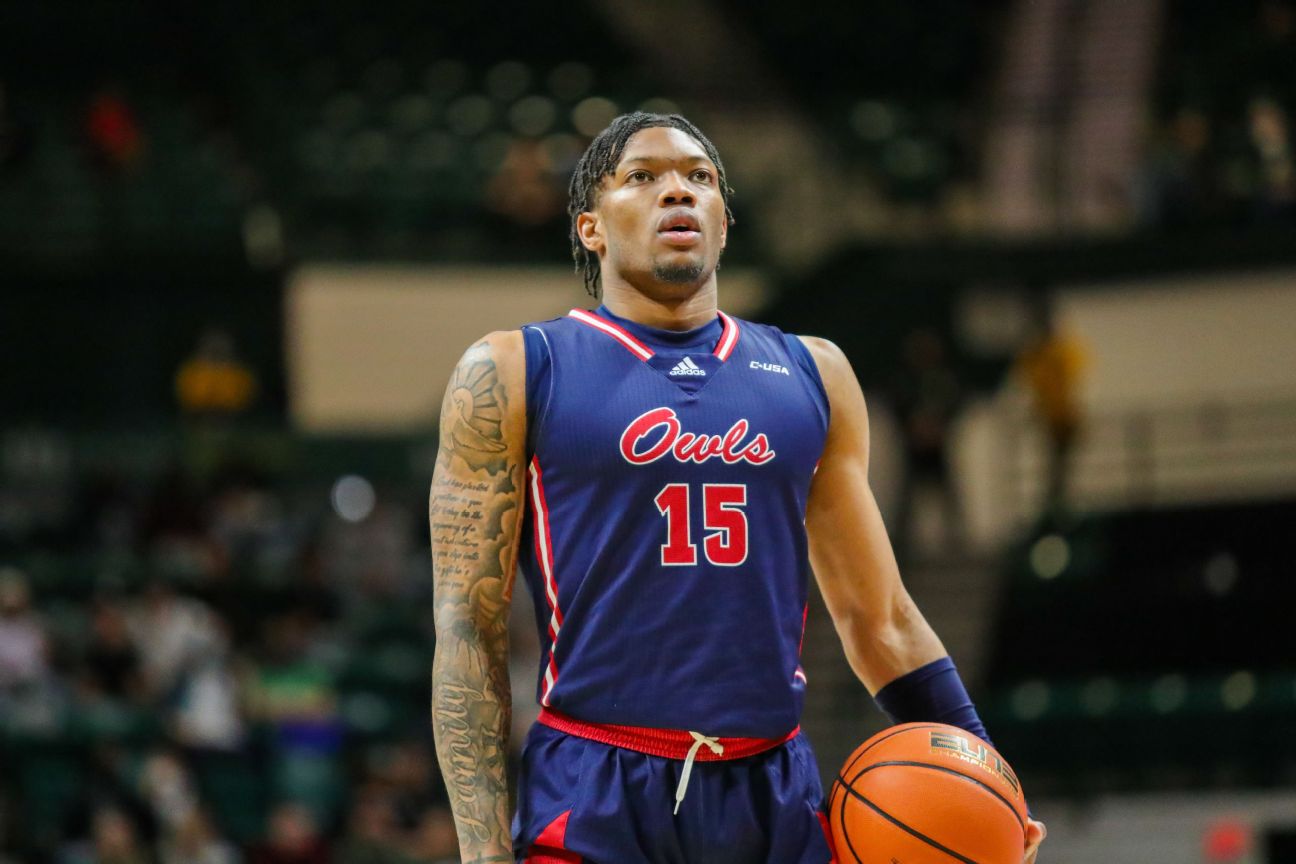 Houston and Kansas remained firmly atop The Associated Press men’s college basketball poll Monday after a record weekend of Top 25 losses, while Florida Atlantic took advantage of the chaos to crack the ranking for the first time in school history.

Eleven teams in the Top 25 went down Saturday, tying a record that has stood for nearly 12 years, while Connecticut and Marquette also lost Sunday to give the AP poll one of its biggest shake-ups in recent history.

The banged-up Cougars, who had to fight off South Florida to avoid their own upset loss, watched their advantage over the Jayhawks shrink ever so slightly, pulling in 34 of 60 first-place votes from a national media panel. Kansas received 23 votes to remain second while Purdue picked up the other three to stay third.

Alabama remained at No. 4 while UCLA, riding a 13-game winning streak, climbed two spots to round out the top five.

“We’ve dodged a lot of bullets this year in terms of injuries and stuff,” Houston coach Kelvin Sampson said. “Sometimes you just got to get lucky. I thought we got lucky [against South Florida]. We could’ve lost that game.”

Plenty of other teams weren’t so fortunate.

Kansas may have had the most impressive week, beating Oklahoma on Tuesday before squeaking by Iowa State 62-60 on Saturday — though the Cyclones were notable enough in defeat that they actually climbed two spots to No. 12 in the poll.

“We can play better, but it was a great week,” Jayhawks coach Bill Self said. “I don’t mean to say this in a way that comes off wrong, but people would get fired up to play against Kansas because of time, and then you add a national championship onto it, I mean, it’s a big game for folks. Big games for us, too. So sometimes I think we look at it like, ‘Well, we should be doing this better,’ which is true in some cases, but sometimes we’re getting some pretty good efforts from other opponents.

“So being able to win those games,” Self said, “I think, is a mark of a pretty decent team.”

Gonzaga climbed to sixth in the poll Monday and was followed by Texas, Xavier, Tennessee and Virginia. Arizona was 11th, with the Cyclones ahead of Big 12 rivals Kansas State and TCU. UConn, Auburn, Miami, Charleston, Clemson and Marquette made the top 20. The final five were Baylor, Providence, Rutgers, FAU and Arkansas.

FAU, which has just one NCAA tournament appearance in three decades of Division I hoops, continued its rise under Dusty May, a onetime student manager for Bob Knight who also worked for Mike White at Florida.

“This group is very poised,” May said of his Owls, who have won 15 straight after an early loss to Ole Miss. “Even when there’s friction, they stay together and love each other and support each other. That’s a sign of a really good team.”

Xavier climbed four spots to No. 8 after pushing its winning streak to 11 games, Charleston moved up four to No. 18 on the heels of its 17-game winning streak and Marquette moved up five spots despite its close loss to the Musketeers.

Clemson debuted at No. 19 after coach Brad Brownell picked up his 400th victory and the Tigers improved on the best start in ACC play in school history (7-0) with a 72-64 win over Duke on Saturday. Baylor, Rutgers and FAU also entered the poll at the expense of San Diego State, Wisconsin, Missouri and the Blue Devils.

“If you’re going to be good, you need to have a superpower,” Brownell said. “Maybe it’s defense, shooting, rebounding — you know, hopefully it’s multiple things to be really good. I think our superpower is our camaraderie. The unity, the genuine care and love for one another, is clearly evident. I think that’s why we’re winning.”

WAITING IN THE WINGS

North Carolina State and Saint Mary’s are the first teams to land outside the Top 25. NC State went from receiving no votes a week ago to nearly making the poll after wins over Virginia Tech and Miami.

Previous post Margo Price on her two-year sobriety, reinventing herself with new album