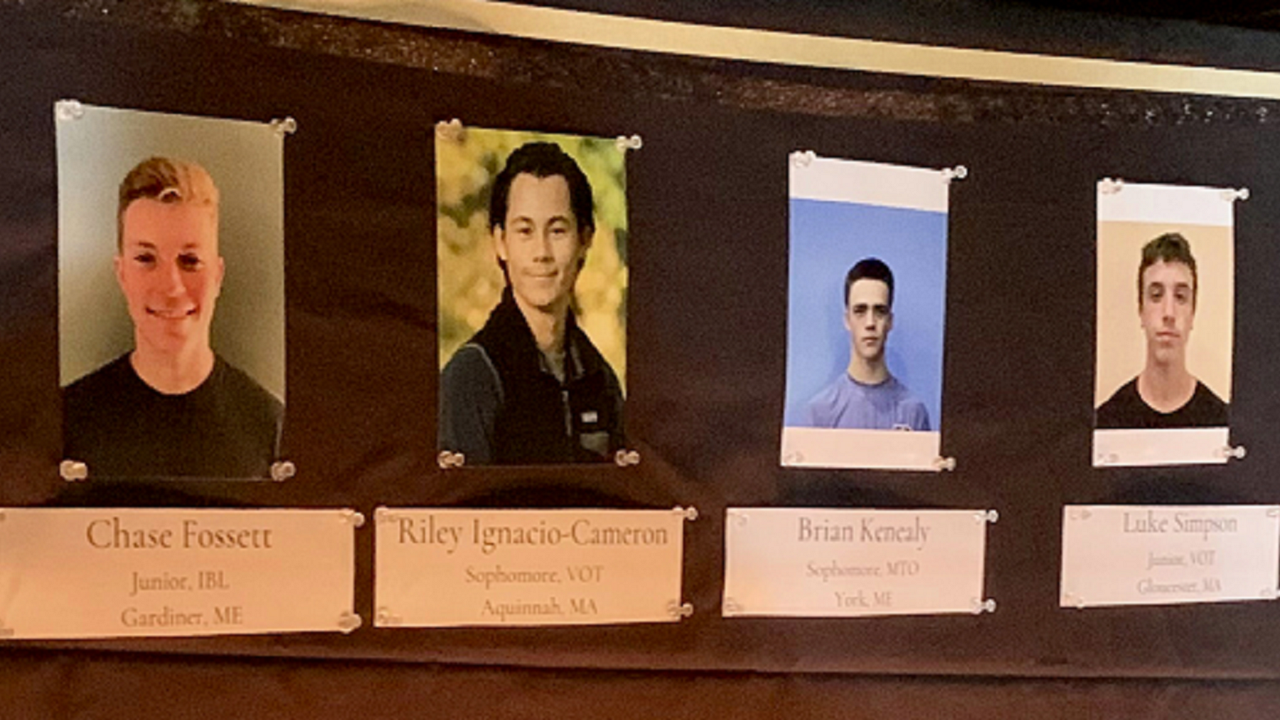 A college in Maine was grieving Monday after four of its students were killed over the weekend in a fiery SUV crash.

The wreck involving the Maine Maritime Academy students – which remains under state police investigation – happened early Saturday in the small town of Castine, just a day after classes wrapped up for the fall semester.

A 2013 Range Rover driven by Joshua Goncalves-Radding, 20, of North Babylon, New York, crashed into a tree and burst into flames. Goncalves-Radding and two other students survived and were taken to local hospitals.

“Mourn these young men in their memory. We will never forget them nor this moment in the history of Maine Maritime Academy,” Jerry Paul, the school’s president, said Sunday night at a candlelight vigil. “They were lost way too soon and before their watch was over. We will carry on for them and at the appropriate time ring eight bells in their honor.”

IDAHO STUDENT MURDERS: POLICE SAY THEY ARE GETTING ‘GOOD TIPS’ 4 WEEKS IN DESPITE LACK OF REWARD AND SUSPECT

The dead were identified as Brian Kenealy, 20, of York, Maine; Chase Fossett, 21, of Gardiner, Maine; Luke Simpson, 22, of Rockport, Massachusetts; and Riley Ignacio-Cameron, 20, of Aquinnah, Massachusetts.

The striking of eight bells is a sea tradition honoring someone who died.

“Chase was just a fantastic young man, super polite, respectful, a great citizen of our community, student-athlete, and had a lot of great friends that are really hurting right now,” Chad Kempton, the principal of Gardiner Area High School, where Fossett attended, told WMTW.

A group of Maine Maritime Academy students gather around a memorial set up on the school’s Castine, Maine campus on Sunday, Dec. 11, to remember four students who died in a fiery weekend SUV crash.
(Ethan Genter/The Bangor Daily News via AP)

Lou Goscinski, the superintendent of the York School Department, said in a statement that Kenealy “was an outstanding student-athlete who was beloved by his classmates, faculty, and staff.

“He took his skills to the Maine Maritime Academy where he continued to excel academically and on the soccer field,” Goscinski added, according to WMTW. “Our thoughts and prayers are with Brian’s family as well as all who knew and loved him. Brian will be greatly missed.”

Maine Maritime Academy is a four-year college that focuses on maritime training with areas of study including engineering, management, science and transportation.

A memorial for the Maine Maritime Academy crash victims.

The tragedy hit the tight-knit community hard. The town of Castine has about 800 to 900 residents, roughly the same number of students at Maine Maritime Academy. Some students serve with the local fire department that responded to the scene.

Maine State Police have not yet disclosed the cause of the accident.

“Due to the severity of the crash this investigation could take weeks if not months to complete,” a Maine State Police spokeswoman told Fox News Digital on Monday.

Greg Norman is a reporter at Fox News Digital.