Parkdale girls start to live up to hype; colleagues face off as coaches

For two glorious weeks, it was all a dream. After reaching the quarterfinals of the Maryland 4A state playoffs last season, Parkdale was flying high at the season’s onset. Sophomore sensation Layla Burton had received multiple preseason acknowledgments. And by mid-December, the Panthers reached a program-high ranking of No. 15 in The Washington Post’s Top 20.

The newfound heights of the program created a buzz in the hallways and packed fans into the stands. But an early two-loss week made the dream start to the season short-lived.

“There was so much excitement from outside the program, that I think it started to take a bit of a toll on us,” Parkdale Coach Lawrence Watson said. “The team was starting to drink the Kool-Aid, and it resulted in us losing some games that we could have won.”

The Panthers’ slow start prompted tough conversations internally about the team’s identity and future. A major point of emphasis was Watson giving Burton the green light to play her game and even be a little selfish.

“After the season Layla had as a freshman, teams were making it an emphasis to take her out of the game,” Watson said. “Because her game IQ is so high, she was passing a lot instead of trying to force things. So I had to just be honest with her and say: ‘Look, you’re our best player. We need you to go get yours if we are going to win.’ ”

Since that conversation, Parkdale (9-3) has won seven of its past eight games, including a 56-53 road win Thursday against No. 18 C.H. Flowers.

Parkdale excelled against the Jaguars’ man-to-man press defense, building a game-high 19-point lead midway through the third quarter. Flowers (9-2) clawed back after switching to a zone defense but Parkdale held it off.

Flowers, which was without three of its starters, were led by seniors Yasmine Tyndell (16 points) and Kristian Harris (15).

“I hate moral victories, but I think that we became a much better team today,” Flowers Coach Roderick Hairston said. “We learned that we have a deeper bench than we probably realized coming in, and that should help us in February and March as we continue to get healthy.”

Colleagues face off as coaches

There were no secrets in Stone Bridge’s gym Friday night.

It’s hard enough to sneak tricks past a former assistant coach, which was Kent Kling’s goal as he faced Woodgrove Coach Konstantine Papastergiou, a linchpin on his 2021 staff that won the Class 5 state title two seasons ago.

But to do so against a colleague? Forget about it.

“At work, I’ll pop into his office and go, ‘What do you think of this play?’ ” said Papastergiou, who works under Kling, the chief security officer at Transaction Network Services in Reston. Papastergiou is a global security analyst. “We’re always collaborating. We always want to see each other succeed, and for those four years at Stone Bridge, he really took me under his wing.”

Papastergiou, 29, is eager to put his stamp on the Wolverines program, and that could relate to his age, as he is one of the youngest coaches in Northern Virginia. He has already found one distinction: While Kling mostly stood in place Friday, Papastergiou was drenched in sweat, running and yelling in front of the Woodgrove bench.

Both coaches leaned into the antics of their faux-rivalry. Twice, Kling called out “Texas,” a play his former assistant designed during his time at Stone Bridge. Both times, the Bulldogs came up empty. That call — and his team’s effort — put a smile on Papastergiou’s face.

Despite a fourth-quarter comeback, Woodgrove fell short, 64-62, with a missed three-pointer at the buzzer.

“Our slogan at Woodgrove is ‘Believe in us,’ ” Papastergiou said. “[Friday] night, if there was a line in Vegas, we’d be a major underdog. I’m proud of my guys. They left it all on the floor.”

Riley Nelson, Bullis: The senior Maryland commit scored 29 of her 35 points in the second half as the No. 10 Bulldogs upset No. 5 Georgetown Visitation on Thursday.

Grace Middleton, Tuscarora: The senior guard averaged 21.0 points, 7.6 rebounds and 3.6 steals in the Huskies’ 3-0 week, which included a 71-59 victory over previously undefeated Woodgrove.

Albert Mouring, Douglass: The senior averaged 24 points, 3.0 rebounds, 2.5 assists and 2.0 steals as the Eagles split games against Largo and Central.

Chemistry might be the defining characteristic of a great team, but it’s difficult to measure.

Last winter, the Riverdale Baptist boys won the Metro Independent School Athletic League regular season and tournament titles. Coach Keith Veney spent the offseason feeling good about his roster but that feeling was rocked by two late transfer departures. Not only was the former Bishop McNamara coach now worried about his team’s scoring output, he was worried about its chemistry.

When these Crusaders are playing for each other on the court, they can seemingly compete with anyone. No. 15 Riverdale Baptist is 13-1, with its only loss coming against No. 4 St. John’s.

The first sign of what this year’s team could be came in an early December win against Largo. Facing one of the best public school players in the D.C. area in Lions forward Cam Ward, Veney was impressed by his team’s defensive effort.

“This team’s best brand of basketball is getting after the ball. We can really guard,” Veney said. “We have tried to build it that way. We want defense to be our staple.”

Accountability is important to Ayanna Jones. That’s why the first-year Hammond coach is so active within her program.

Jones organizes study hall, checks grades and attendance, sets up meetings with parents, arranges team bonding activities, works to get her players tickets to watch college teams play and does more to keep the program running.

The former River Hill assistant hopes her consistent presence sets the expectation of hard work, and so far, so good.

Jones’s players advocated for certain targets when they met with her for the first time in the summer. One of their goals was to be taken seriously within Howard County.

The Golden Bears (10-3) have already accomplished that as they continue a drastic improvement over last year’s 5-10 showing. Loftier goals remain.

“I know that to get those kinds of things you really have to work for them,” Jones said. “They wanted a state championship, and I want that for them.” 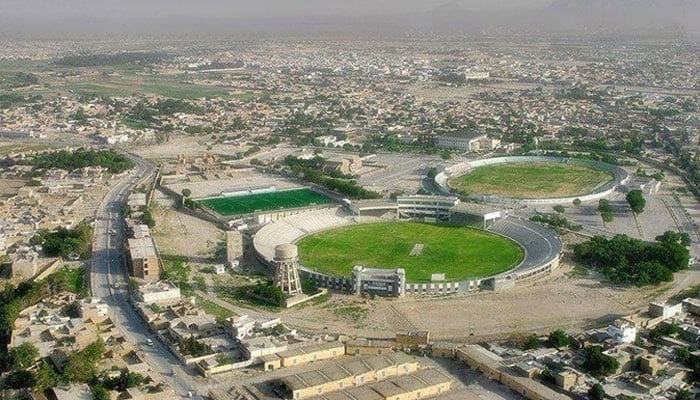 Next post PSL 8 exhibition match to be staged in Quetta