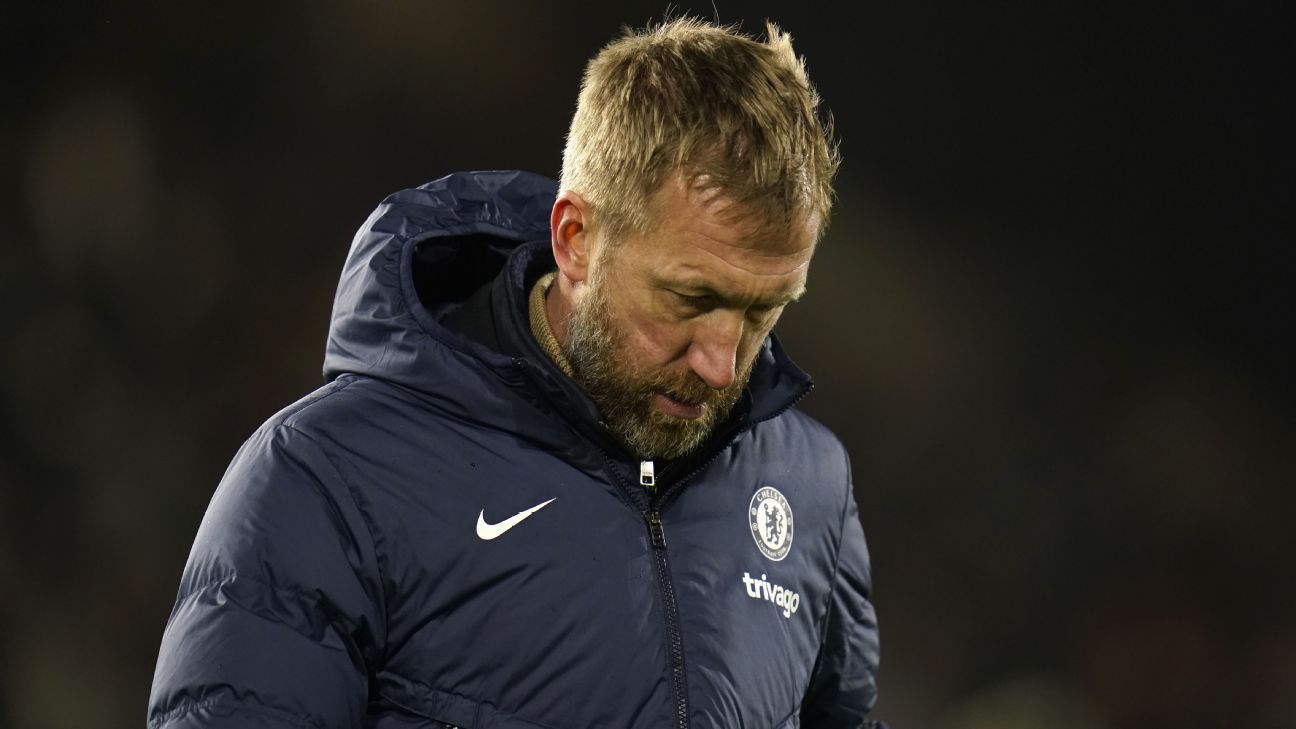 Graham Potter said “the hits keep on coming” after Joao Felix was sent off on his Chelsea debut as the Blues slumped to a 2-1 defeat at Fulham on Thursday.

Felix was thrown straight into the starting lineup just a day after completing an €11million loan move from Atletico Madrid and looked lively before lunging into a reckless 58th-minute tackle on Kenny Tete with the score level at 1-1.

Chelsea’s injury problems deepened as Denis Zakaria was forced off with a quad problem on a night when the Blues slipped to their seventh defeat in 10 matches across all competitions, heaping further pressure on Potter.

Felix will now be banned for three matches, and speaking about his dismissal, Potter told BT Sport: “There’s a reaction from the side and it was a forward’s tackle, there was no malice in it and I don’t think he got too much of the player, but I understand why he’s been sent off. It is another blow.

“The hits just keep coming at the moment. He was really good, you could see his quality in the game, so it is doubly disappointing for us.

“It is tough. I feel for the supporters, the players and for everybody connected with the club. It is a tough moment for us.”

After Felix received his marching orders, Andreas Pereira swung over a cross from the right which Kepa Arrizabalaga misjudged, allowing Carlos Vinicius to head the winning goal into an empty net.

“I never like to speak about individuals when we lose, but the [second] goal itself is a frustrating one from our perspective,” Potter said.

“I didn’t think they were putting us under too much pressure even though they had an extra man. It was a bit of a soft goal to concede, and that is something that we have to do better with.

“I can understand the fans are frustrated that we’ve lost. I made sure I went over and clapped them because we appreciate their support. It is not easy. We are suffering, they are suffering. We feel for them and I think it is important we stick together and try and get through this tough period.”