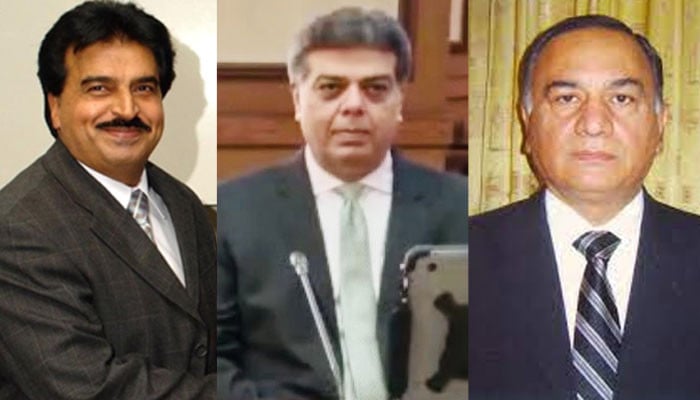 So, who are the nominees? For our readers to get to know them, Geo.tv has prepared their brief profiles.

PTI’s first nominee for caretaker Punjab CM is the incumbent Secretary Cabinet Division, Ahmad Nawaz Sukhera, who is due to retire on January 31.

A Harvard graduate, Sukhera joined the civil services of Pakistan in 1985 and served as secretary of trade, information, privatisation, textile, and his latest stint is as the federal secretary.

He also held the additional charge of PTV while serving as the secretary of information.

Nasir was part of the bench that chaired the infamous Panama Leaks investigations against then-premier Nawaz.

In 2018 as well, the PTI had nominated Nasir for caretaker Punjab CM but retracted later.

PTI’s third nominee for the top spot in Punjab is Uganda-born Naseer Ahmad Khan, who had a construction business in Africa.

Khan served as federal health minister under Pervez Musharraf’s government of 2002. He was also Punjab’s health minister from 1985 and 1988. He was elected as MPA from Narowal.

Previous post Gina Lollobrigida, Italian film siren of the 1950s, dies at 95
Next post 'I wish this day would have never come': The world of sport reacts to Roger Federer's retirement | CNN