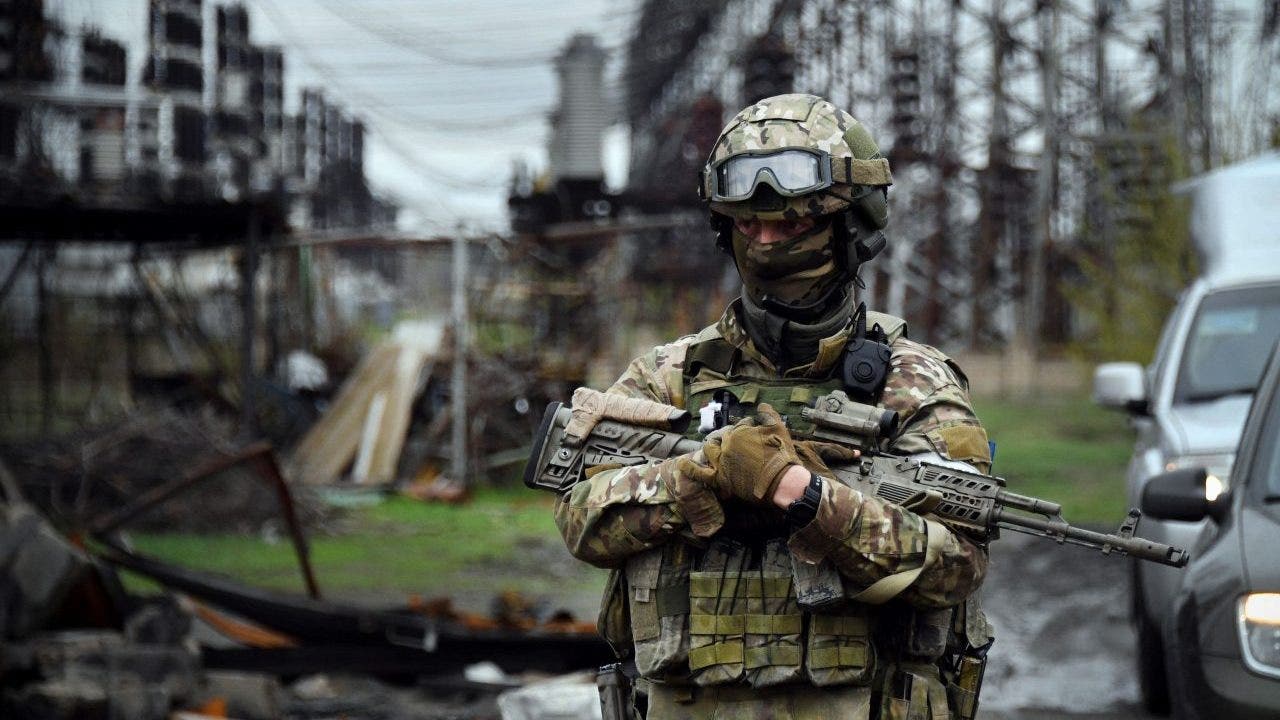 Russian soldiers are facing a new enemy during the country’s continued invasion of Ukraine, with reports surfacing that inadequate gear and clothing has led some troops to die from hypothermia.

“This is what happens when you have a fashion designer, such as Valentin Yudashkin develop Russian military uniform,” Rebekah Koffler, a former DIA intelligence officer and the author of “Putin’s Playbook: Russia’s Secret Plan to Defeat America,” told Fox News Digital.

“For the Russian troops, there is now quite significant evidence of ill-equipped, particularly recruits getting…even in the training camps, dying of hypothermia,” security expert Robert Fox said during an interview over the weekend, according to The UK’s Daily Express newspaper. “That is really quite something. Inadequate sleeping bags, inadequate clothing and suffering from the cold. They find it difficult fighting in the cold but the fighting is going on.”

A Russian soldier stands guard at the Luhansk power plant in the town of Shchastya.
(Photo by ALEXANDER NEMENOV/AFP via Getty Images)

The struggle with cold temperatures could not have come at a worse time for Russian troops, who have faced fierce resistance and multiple counter-offensives from Ukrainian forces that have stalled the country’s progress.

According to Koffler, the problem Russia now faces can be traced back to the military’s transition from the Soviet-era, pointing out that Yudashkin actually used to be a designer for former Soviet Leader Mikhail Gorbachev’s wife Raisa Gorbacheva.

“Russian soldiers dying from hyperthermia in winter is nothing new,” Koffler said. “Unlike the Soviet Army uniforms that were designed for severe Russian winters, modern Russian military uniform is not optimized for freezing temperatures.”

Instead, the 1994 rebranding of the Russian military caused “dismay” among the troops, with designs that “prioritized style and low cost rather than pragmatism and functionality.”

BIDEN HAS ‘NO IMMEDIATE PLANS TO CONTACT’ PUTIN, WILL ONLY SPEAK IF HE IS ‘LOOKING FOR A WAY TO END THE WAR’

The Russian military.
(Photo by Stringer/Anadolu Agency via Getty Images)

“Instead of using natural textiles like cotton, linen, and heavy and coarse wool, synthetic materials were used, which kept the soldiers cold in winter and hot in summer,” Koffler said. “Bulky and baggy style was replaced with fitted styles. Traditional Russian footwear made of felt, valenki, which was worn by military and civilians for hundreds of years was banned by the post-Soviet military leadership.”

The winter conditions could also be hindering Russia’s ability to use drones the country’s military recently purchased from Iran, with The Express reporting Monday that Russia has stopped deploying the Iranian-built Shahed-136 drone in Ukraine because the parts are inadequate to function in the winter temperatures.

“I believe that it is decreasing, because any aircraft, which are drones, are made of plastic and of such materials that are sensitive to frost and weather conditions,” Yevgeny Silkin, the speaker of the Joint Forces Command for Strategic Communications of the Armed Forces of Ukraine, told the outlet.

Silkin said that drones, which have been used near population centers and caused heavy casualties in recent months, have not been detected in almost a month.

However, Koffler was skeptical of the notion that the drones would not work in winter, arguing that they are made “almost exclusively “with Western parts and should be designed to function regardless of weather conditions.”

“Even if these drones are not optimized for freezing temperatures, they could still cause injury and death when targeting populated areas, which is what the Russians are doing,” Koffler said. “Russian war-fighting strategy emphasizes psychological pressure on civilians, in order to have them place pressure on Ukrainian leadership to stop the suffering inflicted on them by the Russian forces.”