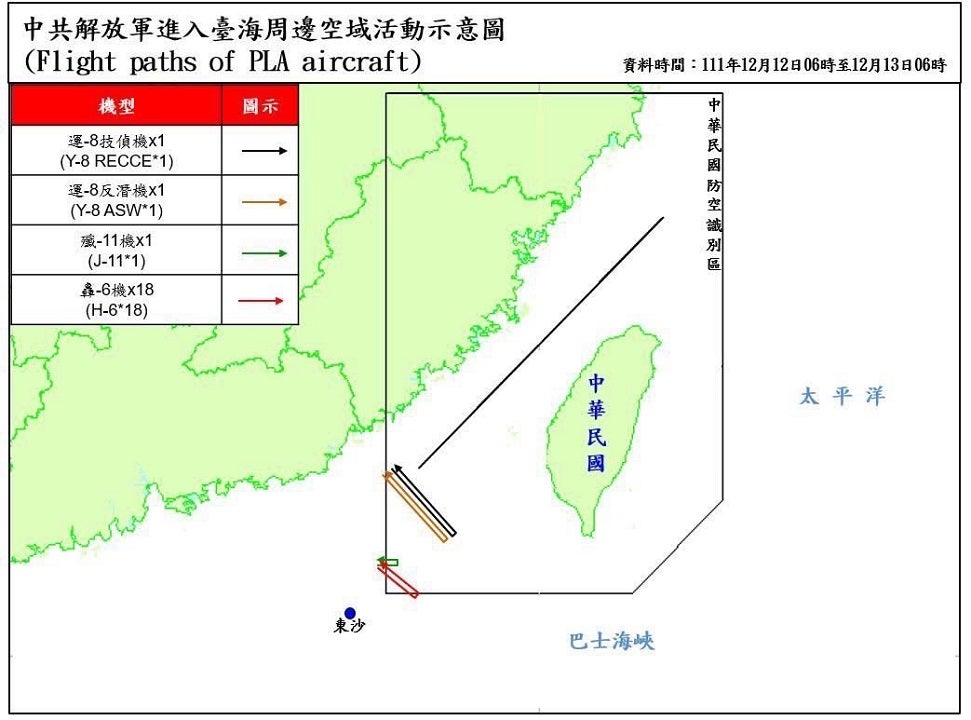 Defense officials in Taiwan said they were monitoring Chinese military aircraft and vessels that had veered close to the island and had its military respond to “these activities,” they said.

CHINA FURIOUS AFTER PELOSI LANDS IN TAIWAN, PROMISES ‘ALL NECESSARY MEASURES’ TO DEFEND ITSELF

Chinese military aircraft and ships have been spotted near Taiwan, defense officials on island said.
(Taiwan Ministry of National Defense)

Government officials in Taiwan believe China is preparing a pretext for an attack on the island following a year of military threats and incursions.

Chinese military helicopters fly past Pingtan island, one of mainland China’s closest point from Taiwan, in Fujian province on August 4, 2022, ahead of massive military drills off Taiwan following US House Speaker Nancy Pelosi’s visit to the self-ruled island.
(HECTOR RETAMAL/AFP via Getty Images)

“And we are quite sure that the Chinese may want to use another pretext of practicing their future attacks against Taiwan. So this is a military threat against Taiwan,” Wu told the newspaper.

Next post Ladakh herders endeavor to save future on climate frontier