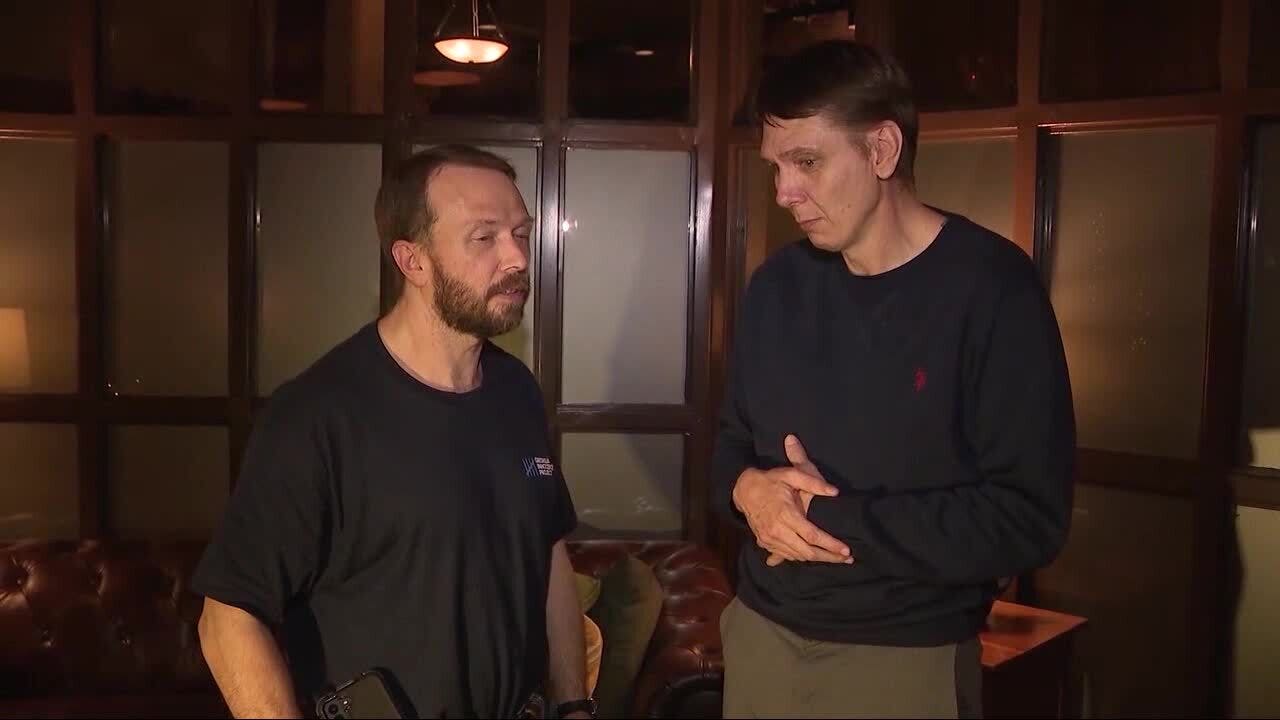 For the first time in more than 25 years, Georgia men Darrell Lee Clark and Cain Joshua Storey will be home for Christmas, thanks to a true-crime podcast that uncovered their wrongful convictions for murder, and attorneys from the Georgia Innocence Project.

Clark and Storey walked out of the Floyd County jail as free men Thursday after the Rome Judicial Circuit District Attorney’s Office agreed that their convictions in the 1996 shooting death of a friend should be overturned. They were embraced by tearful friends and family who gathered to meet them.

“You never think something like that is going to happen to you,” Lee Clark said in a statement. “Never would I have thought I would spend more than half my life in prison, especially for something I didn’t do. I’m just glad the truth finally came to light after 25 years. I’m so thankful for the Georgia Innocence Project and Proof Podcast for what they did. Without them, I would still be in prison.”

Attorneys with the Georgia Innocence Project said Clark’s exoneration was obtained after they filed new evidence of police misconduct in the law enforcement investigation of 15-year-old Brian Bowling’s death in 1996.

Lee Clark, left, and Joseph Storey, right, were released from prison Thursday after serving 25 years for a murder they did not commit. Their release was secured after Proof podcast uncovered new evidence in their case.
(Courtesy of Fox 5 Atlanta)

On Oct. 18, 1996, Bowling was hanging out with his best friend, Cain Joshua Storey, in his parent’s trailer home. He was on the phone with his girlfriend when he told her they were playing Russian Roulette with a gun brought over by Storey. The stupid and dangerous game ended tragically. Bowling pulled the trigger on the weapon, sending a bullet through his head and killing him.

Investigators initially believed Storey’s account of the accident. He was charged with manslaughter. But in the months following, police re-opened the investigation at the urging of Bowling’s distraught family, the Georgia Innocence Project said.

In the course of their investigation, they interviewed a woman who lived nearby the Bowling’s home. She told investigators that Storey and Clark had come to a party she had hosted a few months after the shooting. She alleged that at her party, the pair of 17-year-olds had told her they had planned Bowling’s murder because he had known too much about a prior theft Storey and Clark had committed.

After further investigation, Storey’s manslaughter charge was upgraded to murder, and Clark was arrested as a co-conspirator, despite the fact that Clark had a corroborated alibi. Police relied on the testimony of a hearing- and speech-impaired witness who’d been in a different room in the Bowlings’ home when the shooting occurred. They claimed the witness had identified Clark from a photo lineup as someone he had seen running through the backyard that night. No one else at the Bowlings’ home reported seeing anyone outside.

Cain Joshua Storey gives an interview to FOX 5 Atlanta after his release from prison. Storey was present when 15-year-old Brian Bowling shot himself on Oct. 18, 1996.
(Courtesy of Fox 5 Atlanta)

At trial, the state built its case on the party hostess’s testimony that the boys had conspired to kill Bowling in an act of revenge, and on the witness’s identification of Clark fleeing the home.

The speech- and hearing-impaired witness, Charlie Childers, had difficulty communicating to the court. He repeatedly said that Storey was present in the home on the night of the shooting, but also said a person he called “Darrell” was not present in the courtroom, even though Clark was sitting at the defense table. Childers told the court, through an interpreter, that “Darrell” was a “Black boy” with “black hair” who had a wife, according to FOX 5 Atlanta. The description didn’t fit Clark, who goes by his middle name, Lee, is White and unmarried and has brown hair.

The state also heard testimony from the county coroner, who had no formal medical training, because no autopsy was performed on Bowling’s body. The coroner told the court that he had a “gut feeling” the gunshot wound was not self-inflicted, because it was not a close-contact wound.

Despite the shaky evidence and Clark’s alibi, the trial was wrapped up in a week, and both men were convicted of murder and sentenced to life in prison.

Lee Clark was wrongfully imprisoned for more than 25 years after he had been convicted for a killing he did not commit.
(Courtesy of FOX 5 Atlanta)

It wasn’t until 2021, more than two decades later, that the facts of the case were re-examined by Susan Simpson and Jacinda Davis on their Proof podcast.

Simpson and Davis re-interviewed the key witnesses from the trial. They found a better interpreter for Childers, who revealed that he had never told police that he had seen Clark on the night of the shooting. Most of his testimony concerned an unrelated crime he had witnessed a decade earlier.

The Proof podcast hosts also spoke to the party hostess, who recanted her testimony and said she had been coerced by police, who allegedly had threatened to take her children away and requested sexual favors from her. A new witness interviewed on the podcast corroborated her fear of police retaliation.

With this new evidence in hand, senior attorney Christina Cribbs and accountability counsel Meagan Hurley of the Georgia Innocence Project secured a new trial for Clark. At the hearing on Thursday, the district attorney and a superior court judge agreed that Clark should be exonerated of all charges, FOX 5 reported.

“We are elated to see Lee and his family finally obtain the justice that is so long overdue. This would not have been possible without the Bowling family’s support and a district attorney’s office that was willing to take an objective, new look at an old case,” said Cribbs. “The Bowling family suffered a great loss when Brian died. Their strength, open minds, willingness to question information that has been presented as ‘fact,’ and quest for the truth is inspiring.”

“Official misconduct was certainly a contributing factor in Lee’s case, just as it has been in over 50 percent of wrongful conviction cases. What we should take away from this is that unfettered power, without proper checks and balances, leaves ripe the opportunity for mistakes and misconduct. Proper oversight, coupled with educational initiatives designed to prevent and correct wrongful convictions, is key,” said Hurley. “Prosecutors have a duty to see that justice is done in their cases, and that must include a commitment to principles of integrity, equity and accountability. It is imperative that they are willing to take corrective action when they see injustice, including when the injustice is perpetrated by police.”

The judge reduced Storey’s charge back to the original manslaughter charge, which carried a sentence of 10 years, and gave him credit for time served.

Both men went home to their families in time for the Christmas holiday.

“It is a real shock. Been behind prison walls for 25 years and walk out and see how the world has changed,” Clark told Fox 5.

His father, Glen Clark, was thankful to God that justice had finally been served.

“Let me tell you something. The Lord is shining, he’s shining today,” he said.

Chris Pandolfo is a writer for Fox News Digital. Send tips to chris.pandolfo@fox.com and follow him on Twitter @ChrisCPandolfo. 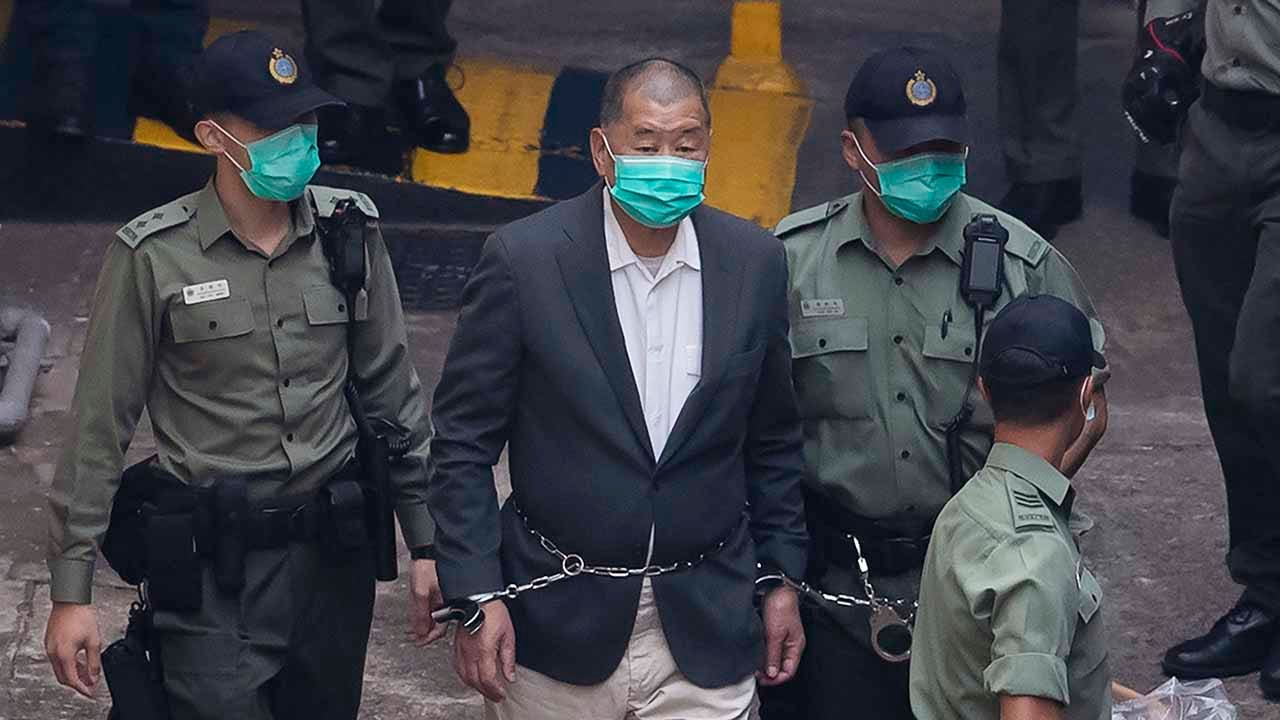 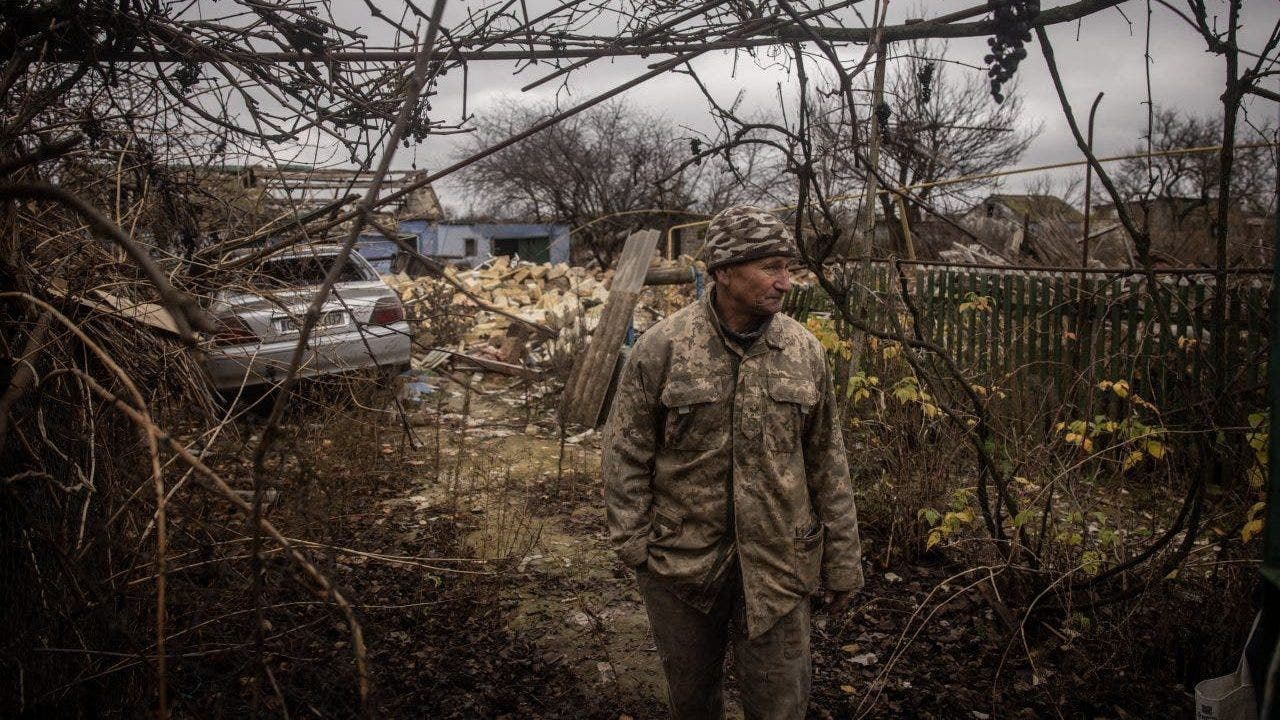