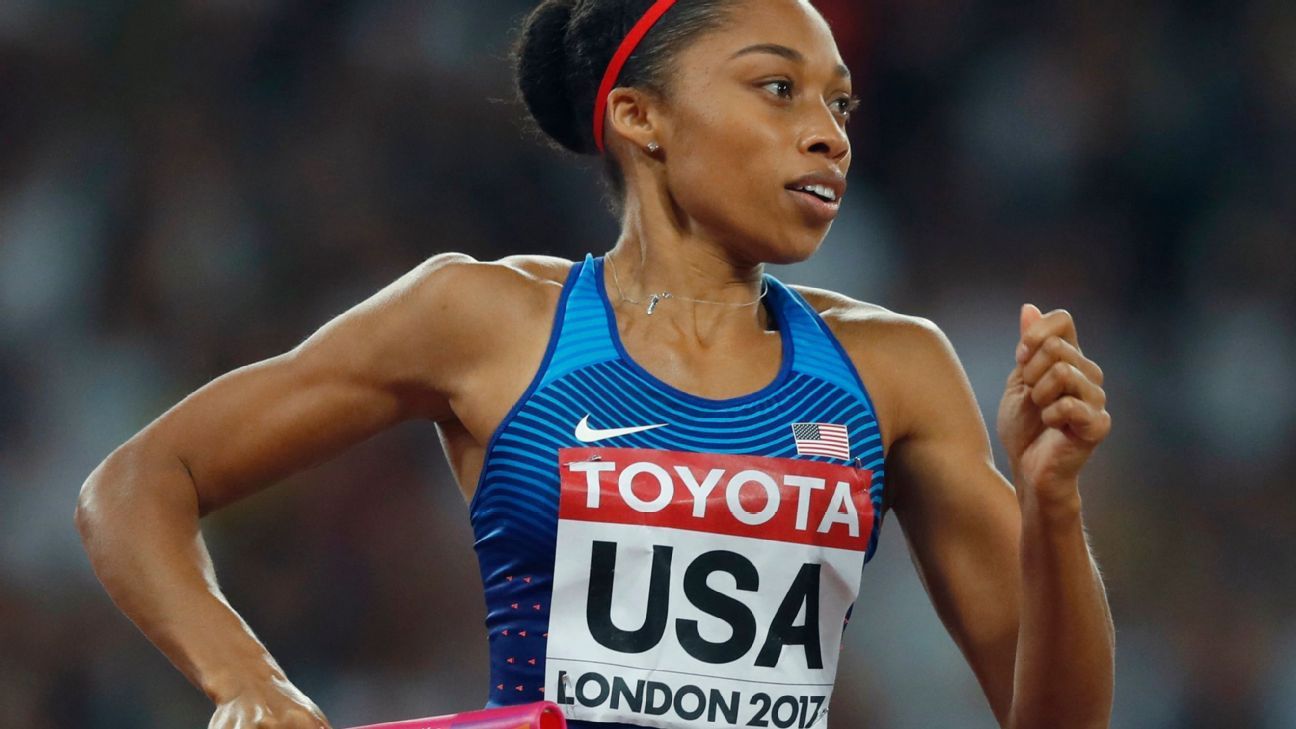 Such honors are usually reserved for major donors. Felix graduated from USC in 2008 with a degree in elementary education. She grew up in Los Angeles and used to walk the campus as a child with her grandmother and brother.

“I am just completely humbled,” Felix said in a statement. “It’s such a huge honor to be a part of history in the campus, and it’s such a special place for me.”

The field to be named for Felix is at Katherine B. Loker Track Stadium, which serves as a hub for the men’s and women’s track teams. It will be dedicated this spring.

“My hope is that students playing on the Allyson Felix Field, or just walking by, will see her name prominently displayed and be curious to learn more about her talent, grit and generosity,” USC president Carol Folt said.