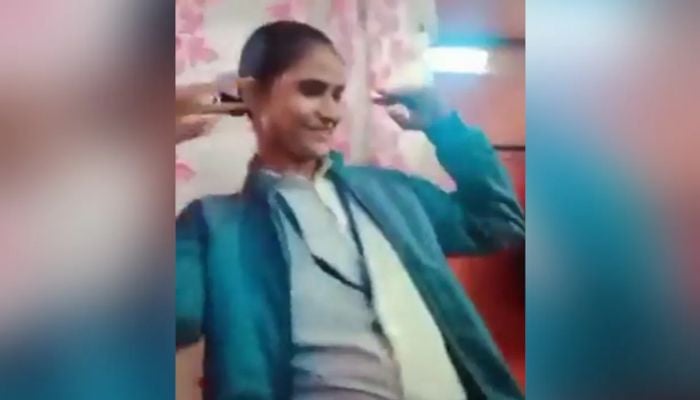 After a video showing four female police constables in India’s Uttar Pradesh dancing to a Bhojpuri song appeared online, they were suspended from their duties as part of the security at the Ram Janmabhoomi site, officials said on Friday.

According to them, the suspended constables were not wearing their uniforms in the video that was widely disseminated on social media.

Social media users have rushed to the support of female police officers saying that they have a “personal life” other than their professional lives and that being in the police should not take entertainment away.

“Besides duty, they have their personal life. None of them is in uniform. Just because someone objected to it, suspension is violation of their rights. Even Defence person do that. These are young girls whom their own dept is demoralizing. Guide them, instead of punishing them,” a user said.

“A verbal warning should have sufficed,” said another.

“It’s normal. They are human beings and they have right to enjoyed and entertain themselves,” chimed in a third.

“Besides police, they r human being and not on duty or in uniform..Why are they suspended?” asked another.

“This was done in temple premises which is illegal,” a Twitter user claimed to which another responded: “How it is Illegal? Where is the Law? Many people dance in Temple premises only.”